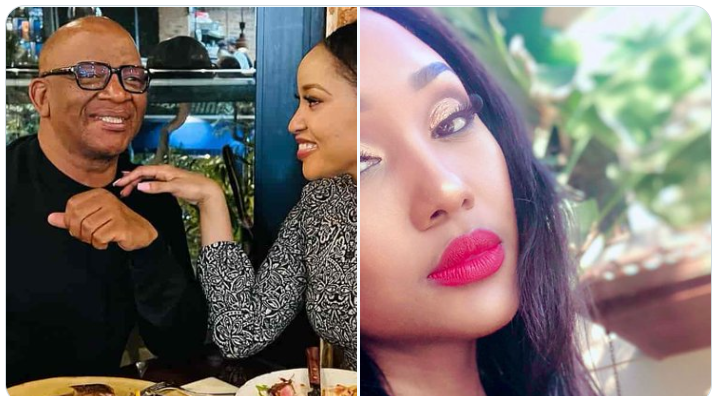 Her words ruffled Lebo’s wife Pretty Samuels-Morake, who slammed Zoe. She said Zoe is a liar and an absent mother.

“In my efforts to maintain the dignity of my family, but most importantly to protect the wellbeing of our kids, I have chosen to remain silent. But given the severity and nature of these allegations, I can no longer remain silent whilst my children are attacked and associated with such defamatory statements in the media,” reacted Pretty as quoted by The South African. 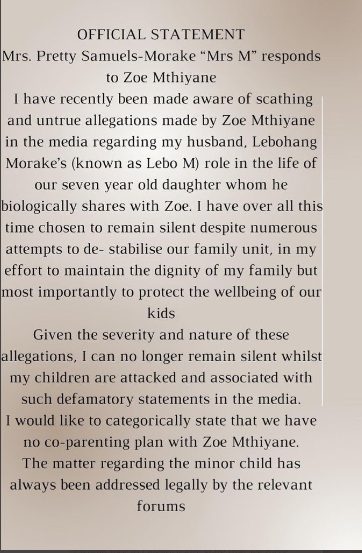 Pretty Samuels then alleged that Zoe being arrested for drunk driving saw her daughter getting taken away from her. Their daughter was reportedly given to Lebo to stay with them while Zoe undergone therapy. Her sessions would help determine whether Zoe would one day be fit enough to parent their daughter.

“After the tragic accident, the courts gave my husband custody of the child and ordered Mthiyane to undergo rehabilitation and therapy so that she may one day be considered a fit mother. Our daughter has been in my husband’s care for the past few years and her primary residence is with us,” she concluded. 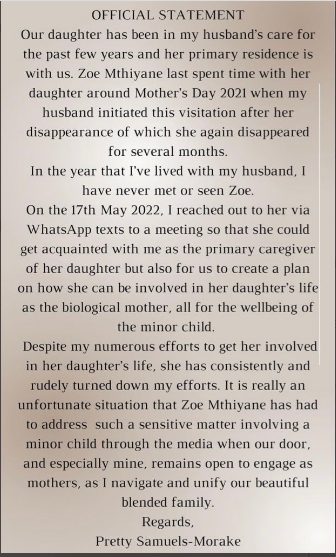 Former Generations: The Legacy actress Zoe Mthiyane has opened up about the highs and lows of raising children with Robert Marawa and Lebo M.

Zoe Mthiyane fell pregnant twice after enjoying tlof tlof with both sports presenter Robert Marawa and The Lion LKing producer Lebo Morake. The actress therefore has a child with these two celebrities.

“We had to find ways to cope with that fact. However, I am lucky to have had intensive therapy, valuable advice, and support to lean on. I practice gentle parenting as I learned early on that each child is born with their personality.”

Lebo M with his current wife!

However, she tells Sunday World that raising her children has given her the drive to be the best version of herself.

“I would describe parenting with Robert as respectful. Our families and close friends have played a major role in creating and maintaining a safety net around our son, and for that, I will forever be grateful. He [the boy] is lucky.”