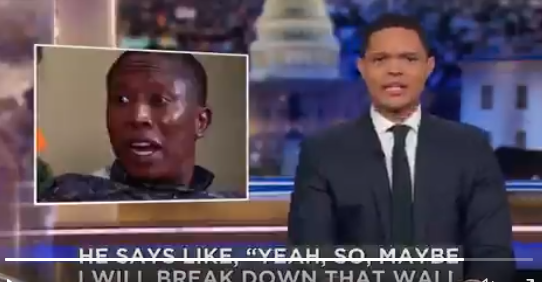 On the day before the final results of the 2019 general elections were due to be released, a video of Trevor Noah slamming EFF leader Julius Malema on his American TV show, The Daily Show, has gone viral.

The video, which was published on The Daily Show’s Twitter account, immediately caught the attention of South Africans after Noah referred to Malema as a “popular anti-establishment politician”.

“If you think Trump is bad, wait until you see how Julius treats the press,” said Trevor before various videos of the politician were played.

“Julius Malema talks about genocide like he’s remodeling his kitchen.”