ANC stalwart Andrew Mlangeni passed away last week at the age of 95. He was the last of the Rivonia Trialists and he spent 26 years on Robben Island.

Mlangeni is being laid to rest on Wednesday morning at the Roodepoort cemetery. His funeral service will be held at the UJ Soweto Campus.

Well, Cigarettes are banned but senior @SANDFCorpEvents  officials were spotted smoking at #RIPAndrewMlangeni funeral. Did Bheki Cele asked them to produce receipts?

So what happened to the ban  of Cigarettes?? Here is the Video 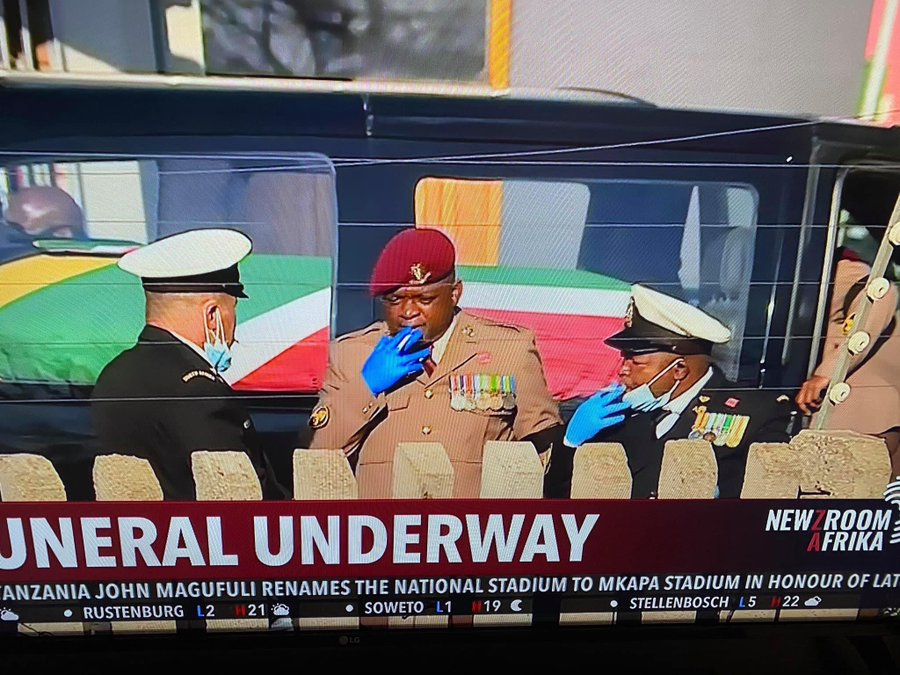