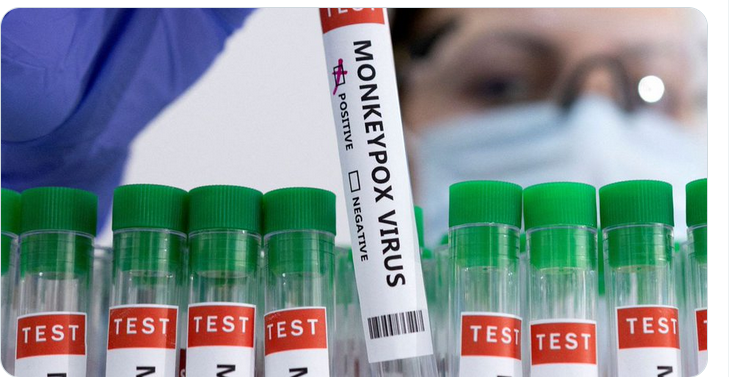 Share
Tweet
Share
Share
Email
Comments
Health Minister, Dr Joe Phaahla, has just confirmed that a case of #monkeypox has been identified in South Africa. The case involves a 30-year-old male residing in the Gauteng province. He reports no recent travel history.

South Africa’s Health Minister Joe Phaahla said on Thursday that he had been notified by the country’s laboratory services that they had confirmed the first monkeypox case in South Africa.

The patient was a 30-year-old male from Johannesburg who had no travel history, “meaning that this cannot be attributed to having been acquired outside South Africa,” Phaahla told a news conference.

A process of contact tracing was under way, he added. 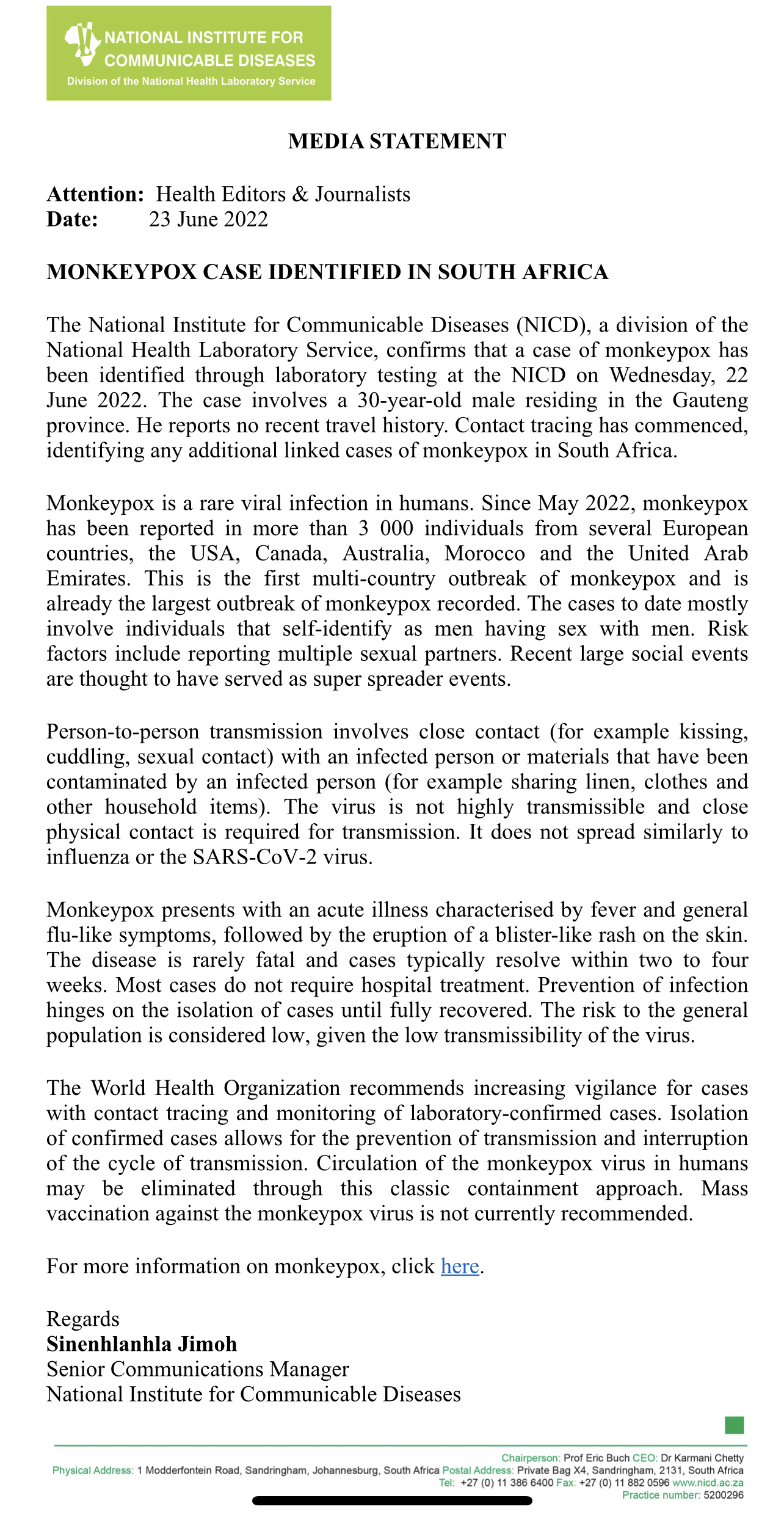 Contact tracing has commenced, identifying any additional linked cases of #monkeypox in SA.

Monkeypox symptoms include fever and general flu-like symptoms, followed by the eruption of a blister-like rash on the skin. The disease is rarely fatal and cases typically resolve within two to four weeks. Most cases do not require hospital treatment