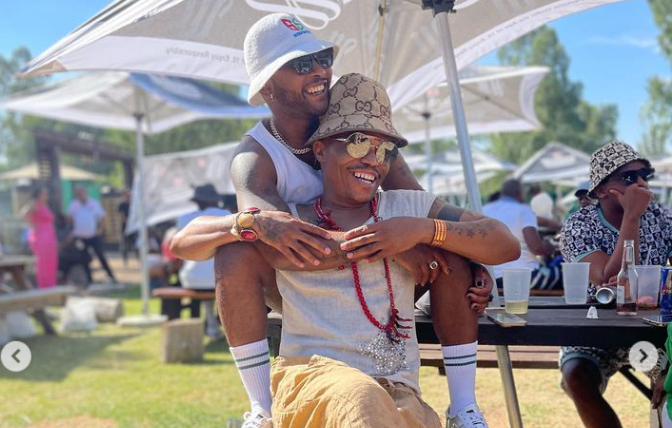 Somizi and Vusi Nova have always been painted as a couple, despite constantly denying it.

Their recent pictures on social media had people encouraging them to make it official. They know exactly what makes people talk and keep them trending so we cannot help but wonder if this could be another one of their publicity stunts. Somizi posted images of him and Vusi Nova out with friends. Something they have not done in a while (the posting each other part.) Fans flocked his comments section with messages encouraging them to date.

Media personality Somizi Mhlongo-Motaung has once again taken aim at homophobia with what he calls the “obsession’ with people’s sexuality.

A raging debate ensued after Somizi posted a string of pictures of himself with musician and one of his best friends, Vusi Nova.

A Twitter user responded to the post, claiming Vusi was “stubborn” and needed to “come out”, suggesting that the singer was gay but was afraid to say so. Somizi hit back and asked what the obsession was with other people’s sexuality, and said Vusi was content with himself.

“Angilwi ngiyabuza, what’s the obsession with other people’s sexuality? It’s as if the answers will improve a certain aspect of your life, or as if it makes one feel better about themselves if they out someone else. Trust me, he is content and I hope you are too and enjoy your life.”