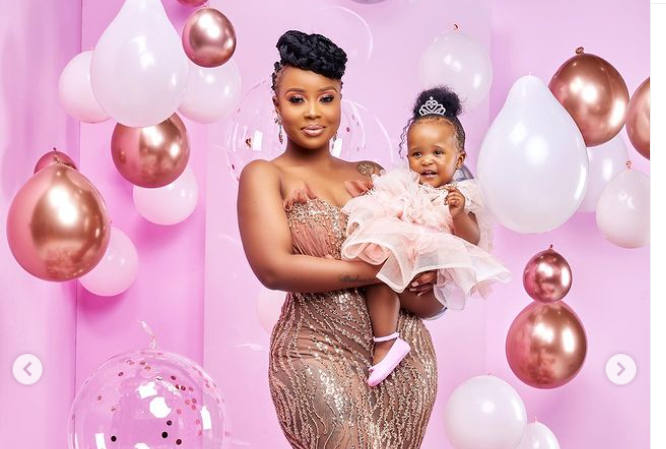 Sithelo Shozi is one of the most hardworking and focused mothers in Mzansi. She has three children whom she’s making sure she works hard for.

Sithelo Shozi blocks Sbahle Mpisane on Instagram. It was well known how close Sithelo and Sbahle were. A rift has developed between Sbahle and Sithelo as a result of the drama involving Sithelo and her baby daddy. When Sithelo was expecting her second child, Sbahle even planned a surprise baby shower for her.

During a recent Instagram live, Sbahle was questioned about whether she had unfollowed Sithelo. She continued by saying that Sithelo had blocked her as a result of the ongoing controversy and the assault claims made against Andile.

Sithelo recently shared a series of Instagram stories detailing the alleged domestic abuse she suffered at the hands of her baby daddy. She went on to share shocking pictures and videos documenting Andile’s abuse.

She claimed she had a miscarriage after Andile beat her to a pulp. “Let’s start with when I was beaten into a pulp and had a miscarriage at the hands of my so-called “victim” in a room full of his family and friends. Rushed to the nearest hospital and treated like nothing ever happened,” she claimed

In a statement released by Royal AM founder Shauwn Mkhize, she claimed her family has not witnessed any abuse and Sithelo’s allegations are false.

“I have been made aware of allegations made against my son, Andile Mpisane by Sithole Shozi on her Instagram account,” the statement starts. “I do not take lightly these accusations given my history and strong stance against gender-based violence. I do not and will never condone violence in any form or nature.”

“I would like to categorically state that neither myself nor my family have been witness to any alleged abuse. These allegations are false and defamatory. Given the nature, severity, and extent of these allegations, the matter has been referred to our legal team. It’s of the utmost importance that the law takes its course,” she said.