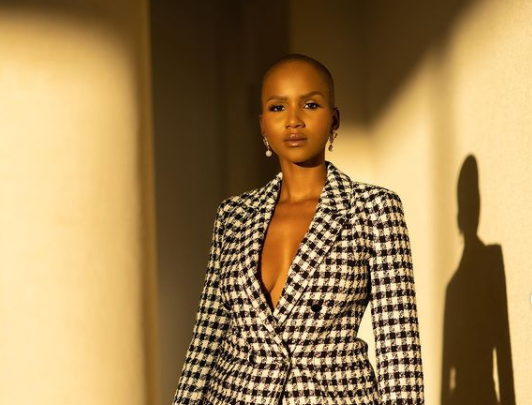 Newly crowned Miss SA Shudufhadzo recently tweeted about her aspirations to become president and tweeps have had mixed feelings towards her tweet.

Shudufhadzo Musida has received a lot of criticism since taking over the reins. The star clearly stated that she will want to be a president someday as she adds a crying emoji.

Although, Shudufhadzo did not say much or give reasons for revealing that but many of her fans feels she might not be capable and stay as Miss SA.

She tweeted; I want to be president

I want to be president 🥺

On the other hand, others felt she can run it as she has the intelligence and have all it takes.

Many have compared her to the current Miss Universe Zozibini Tunzi whose voice was very vocal when it came to chilling topics including gender based violence.