A video of what is alleged to be the politician’s car is making the rounds on social media. The G Wagon has been keyed, vandalised and the words “cheater” are written all over it. Rumour has it that the former minister is cheating again and his wife has had enough.

Malusi Gigaba was living proof that behind every successful man is a strong woman. His wife Norma forgave him after the then Home Affairs Minister embarked on a secret affair with Instagram model and socialite Buhle Mkhize in 2015.

But Norma wasn’t going to let Malusi’s indiscretion ruin their marriage. Norma at the time of the cheating scandal had said: “I told myself I’m not sinking with this thing; I’m going to rise above it….I love him very much and I’m not bitter.”

The first person who jubilated to this news was his ex-wife who took to her social media to say that Malusi is getting a taste of his own medicine.

Thabong Nxumalo to her Instagram to post a pic of her happy self and captioned it: ” Karma has no menu. You get served what you deserve.”

She is also posted a pic message that says don’t waste your time on revenge. Those who hurt you will eventually face their own karma. 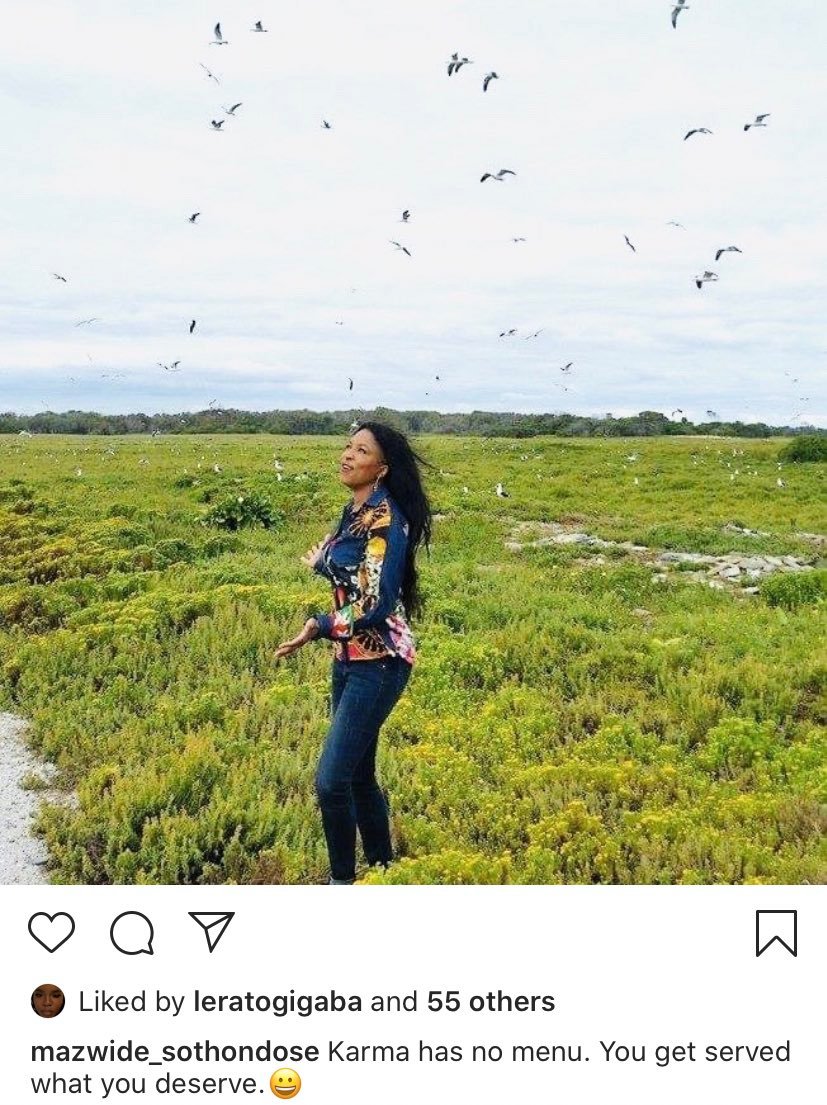 Here is the Video of the G Wagon that was destroyed;

Apparently this is Melusi Gigaba's car the wife did this to his G Wagon. pic.twitter.com/aLC7GopnCX