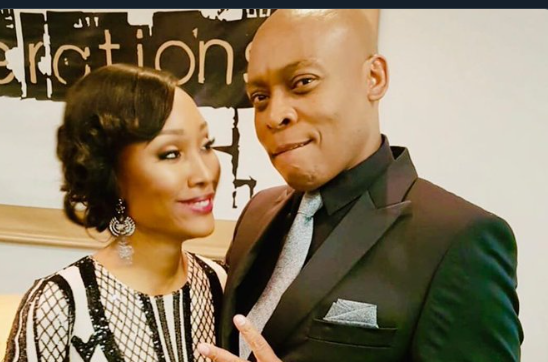 Now, you’d know that Mfundi Mvundla was Rapulana’s boss for a long period of time while he stared on the popular soapie. Though Zandile isn’t on our TV screens, they work in the same environment as she works with the admin team.

The Daily Sun has reported that Seiphemo was not only philandering with Zandile but he is now the father to their one month baby after Rapulana officially left Zoe for Zandile. The pregnancy came about whilst Zoe and Rapulana were dating.

According to well-placed sources Rapulana, who played Tau in Generations: The Legacy, dumped actress Zoe Mthiyane for Zandile and the affair escalated so quickly they now have a one-month-old baby.

“Zandile works in the admin office of her grandfather’s company and has been dating Rapulana for a while,” said a source. “Since he called it quits with Zoe, they’ve been inseparable.”

The affair between Rapulana and Zandile is an open secret in the office, but according to a second source it’s a no-go discussion.

Said the source: “People in the Generations office tiptoe around the fact that Zandile and Rapulana are a couple.

“Obviously, they want to keep their jobs. She’s the granddaughter of their boss, so they respect that. “But Zandile isn’t hiding the relationship, especially now that she’s had a baby with him.”

Rapulana has joined Mzansi Magic’s The Queen and stars as Sabata.

When called for comment, Mfundi said: “What people do in their personal lives is none of my concern.”

Zoe told the People’s Paper she didn’t want to be drawn into other people’s dramas.