DJ Fresh and Euphonik have both parted ways with Primedia effective immediately.

Earlier today DJ Fresh released a statement via his Twitter account stating that he could find “no common ground” with his former employer. 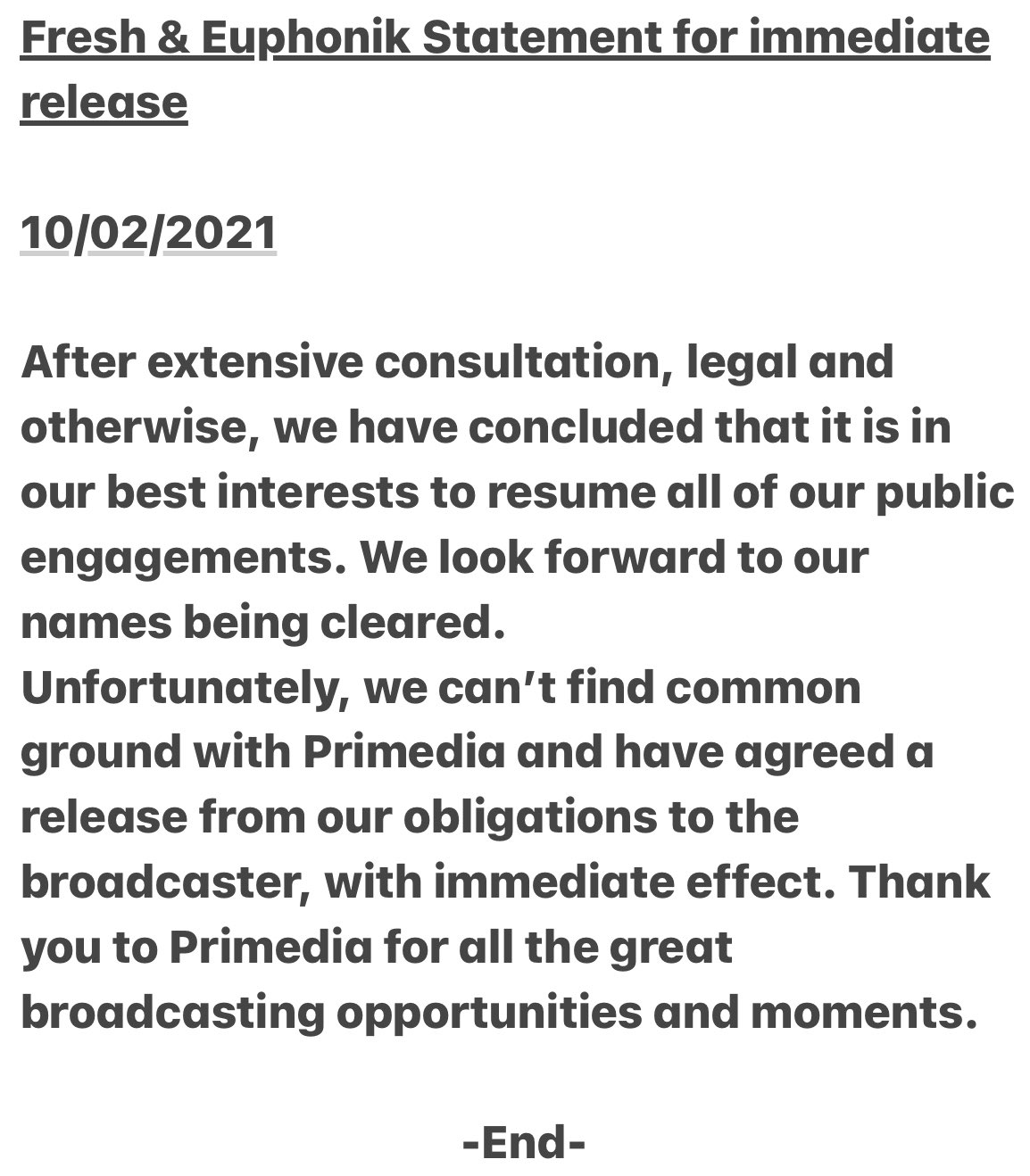 The news comes after more women came forward and accused the well-known radio presenter of rape. However, in its statement, Primedia stated that these allegations were in now way related to its decision.

10 February 2021, Johannesburg – Primedia Broadcasting can confirm that, after careful consideration of the events of the last few weeks, the company has decided to release DJ Fresh and Euphonik from their contracts. Their last shows on 947 were aired on 15th January and 10th January 2021 respectively.