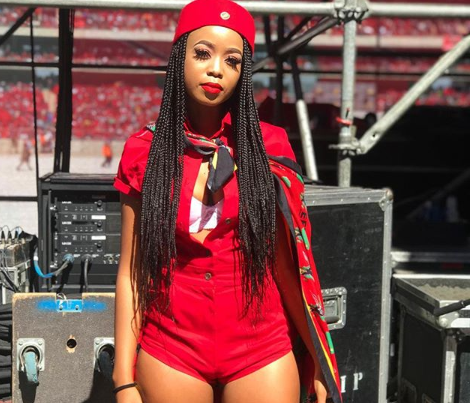 Elections are in less than two days and political parties have recruiting celebs for that final push to get the votes.

EFF might be the underdog of the top three parties but they have also gained quite a celebrity following over the past few years. From Boity to Cassper at some point to actors quitting showbiz for politics in the likes of Fana Mokoena.

Paid on not, below we have listed some of the big names in entertainment who are endorsing the EFF party publicly ahead of the elections.

Of course the people’s bae’s bae is right up there in the front.

The singer is making his vote public endorsing the part on his social media.

The actress and her family are about EFF.

Bonang responds to suggestions she & DJ Zinhle should make up And Be Friends; Here Is What She Said

Photos: Here Are 10 Top Mzansi Celebs And Their Expensive Cars They Ride In; Check Them Out

Bonang And Anele’s Beef Is Still Very Much Alive; Here is...