Just a week after AKA confirmed he is a single man and has split from DJ Zinhle, he is already sharing pictures of himself with another woman.
The B Force was up in arms, when it was speculated that he and his ex lover Bonang might have rekindled their love. Much to some fan’s disappointment, AKA’s new rumoured lover is not Bonang.
If anything, AKA and Queen B seem to be on good terms, as AKA was caught liking her Instagram posts and Bonang liked a birthday shoutout to AKA posted by DJ Fresh.
Last week a video of AKA kissing a woman at a restaurant went viral and Twitter detectives quickly found the mystery woman to be @nelli_tembe – whose Instagram page is private. 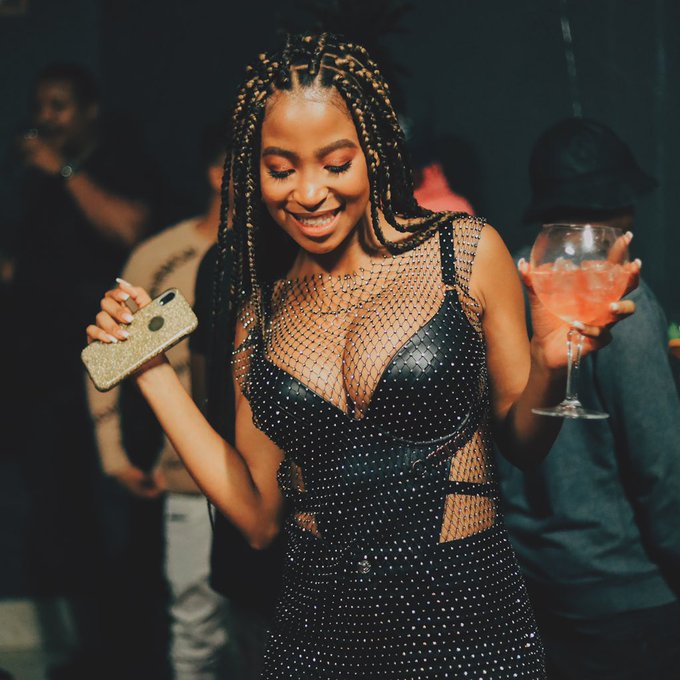 Well, AKA on his birthday, Supa Mega decided to keep the streets talking (and to test if we can mind our own business and drink water) by posting the woman in question on Twitter, causing a massive social media storm.

People are rather disappointed at how quickly Bhova has moved on to another relationship, shortly after Zinhle commented on his IG post of him and their daughter with “Love you two.”

As is usually the case after AKA messes up, DJ Zinhle quickly topped the trends list on Twitter as a result of Kiernan’s latest actions.

… Then B.I. said, “Hov’ remind yourself Nobody built like you, you designed yourself” 🇿🇦

Photos And Videos: Sbahle Mpisane Serves Hotness In Bikini Flaunting Kuku Area And Big Backside At The Beach; Check Them Out

Amo Chidi Finally Breaks Silence On Her Rhythm City Exit; Here is All That She Said

Sarah Langa Shares Cute Photos Together With Her New Man, And Shares More Bikini Photos of Her; Check Them Out

Ayanda Thabethe Shares Beautiful Photos Together with Her Mother; Check them Out

7 Loved-Up Photos Of Theo Kgosinkwe And His Fiancée Got People...

Photos: Skolopad wears feathers and carries a live pigeon on the...