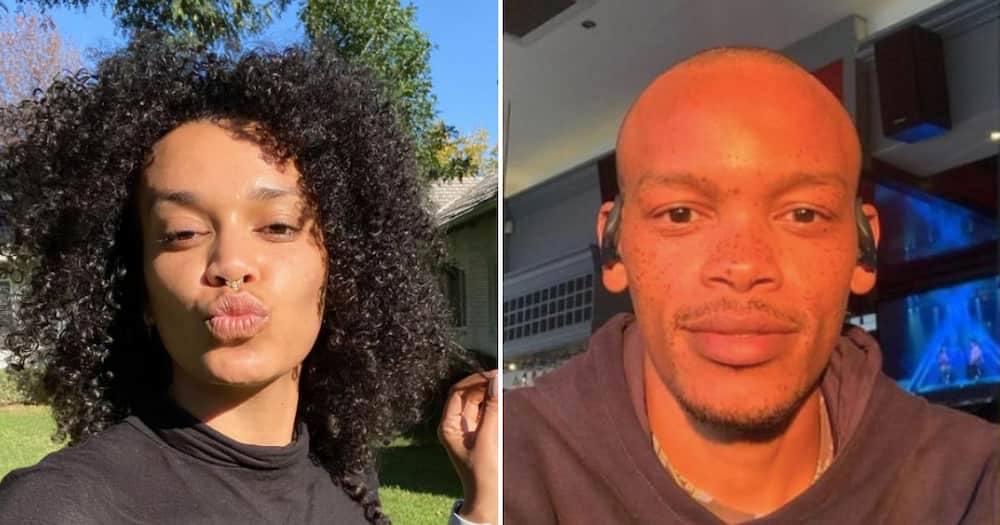 Pearl Thusi has reacted after Nota called her a helicopter and deadbeat mother. Thusi explained that she tolerated a lot of backlash from social media users but once her kids were dragged in, the gloves come off.

Pearl said, “Talk about how you hate my tweets, my house, my looks my clothes and even my work… I don’t care – enjoy your opinion. As soon as you involve my kids – you’re starting a war,” she tweeted.

Thusi said the “untrue” allegations of her being a “deadbeat mom and helicopter parent” were “hurtful and triggering”.  She says the fact that no one holds people like Nota accountable is “ridiculous.”

In her lengthy thread, Thusi went on about the sacrifices she has had to make for her children. “My life, my career choices and even coming back to South Africa – was centred around my children. PEARL WAS NOT HAVING IT. Pearl did not take his statements lightly and quickly took to Twitter to slam him. Pearl Thusi said;

“1- I have two children (that I love, live with and I pay for everything)

“2- I’m a black woman. Why are white women never targeted- because they are feared for some reason. Backing down is never an option when it comes to my kids and the lessons o teach them,” she wrote angrily.

NOTA also went on to reveal his problem with DJ Zinhle 😭

Nota Baloyi has stirred enough backlash to last an average person a few years. The entertainment manager has been making all sorts of controversial statements on Twitter which have seen him get criticised to the moon and back.

According to Baloyi, Pearl Thusi is one of many SA celebrities who practice “helicopter parenting”. Nota Baloyi seemingly never tires from getting dragged on social media.

.The controversial media personality came for Pearl Thusi recently and called her a deadbeat mom who “helicopter parents” her kids.

In a recent interview making the rounds on social media, Nota questioned Pearl Thusi‘s parenting skills, going as far as labeling her a “deadbeat” mother.

“Just imagine Pearl Thusi, what values is she espousing to her kids? She has got a kid right now – the kids had to be raised by the father this whole entire time.

“While she was a deadbeat helicopter mom that’s there for the pictures,” said nota in part.

Nota has proved this multiple times this week alone after saying the most controversial things on podcasts and sometimes even tweeting them.