As of Wednesday, South Africans no longer need to wear masks indoors in public settings.

Limits on gatherings, and border checks – including for vaccination status – have also been dropped.

South Africa has put an end to Covid curbs including the wearing of face masks.

These include the wearing of masks, curbs on gathering sizes and border checks for Covid-19. Phaahla earlier this week suggested the restrictions be dropped following the decline in hospitalisations and reported cases. 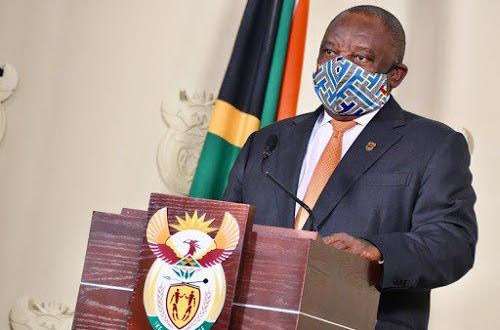 An announcement regarding the regulations was only expected later this week after president Cyril Ramaphosa’s cabinet met on Thursday.

“I Mathume Joseph Phaahla, minister of Health hereby repeal Regulations 16A, 16B and 16C of the Regulations Relating to the Surveillance and the Control of Notifiable Medical Conditions… in their entirety,” the two-paragraph notice states.

“The repeal of the regulations concerned will come into operation on publication in the Gazette.”

The minister said his department has been working with the National Institute for Communicable Diseases on monitoring the epidemic. As of mid-June, the critical indicators showed:

For these reasons, Phaahla said the National Department of Health had planned to recommend to the cabinet that the regulations be repealed. By repealing three sections of those regulations, “in their entirety”, Phaahla with immediate effect ended those obligations.

The repealed rules formed part of what is formally known as the Regulations Relating to the Surveillance and the Control of Notifiable Medical Conditions, into which they were inserted on 4 May. They are: