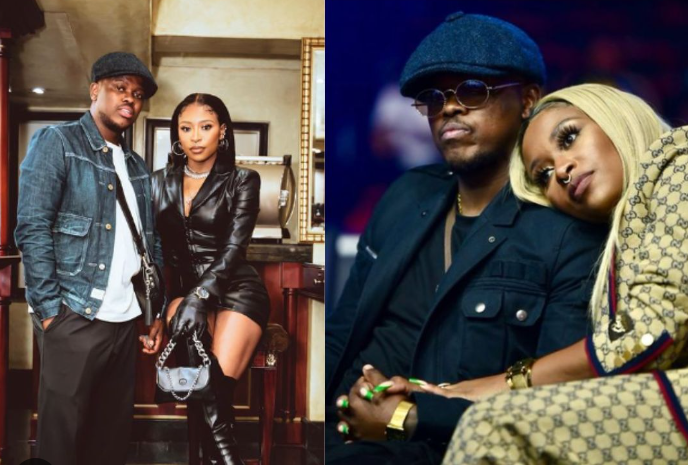 Ever since Zinhle came into Murda Bong’s life a lot has, they had a child together, and Bongs paid Lobola for Dj Zinhle which is a good thing. But again there were rumors that Bongs split with Black Motion because Dj Zinhle said so.

Dj Zinhle had an interview with Dineo on her show. In the middle of the interview as she was asking her questions, Dineo asked Dj Zinhle if she is the reason why Black Motion split up.

Here’s how DJ Zinhle answered the question? Smartly brushing it of;

DJ Zinhle sets the record straight on being accused of being the cause of Black Motion split, & her friendship with Pearl Thusi 😭

She continued, “Whatever experiences I am going through on a daily basis, everyone goes through that. It’s not unique to me… there’s probably a hundred thousand people going through the same thing, the only difference is it’s happening publicly.”

As predicted many who went to the multiple performances that Black Motion was booked for were surprised to see Kabelo “Problem Child” Koma as the official DJ to Thabo Smol’s drum playing.

But what was more of a surprise was just how much appreciation and co-signs that Problem Child has received as he is touted as the ideal replacement for Mörda.

Black Motion was invited to SABC News for an interview, and they graced our screens to chat. Instead of Murdah Bongz, Kabelo Koma joined Thabo Smallz as the other half of Black Motion.

The two were introduced to the world as the new musical duo and talked about their art. Thabo Smallz mainly concentrates on Drums when they are perfoming. Kabelo will take over the DJing part of Black Motion which Murdah Bongz has been in charge of.

However, instead of there being Thabo Smol and Mörda, there was Thabo Smol and new member Kabelo Koma, who in the titles is confirmed as the “Member of Black Motion.” It also seems that part of the agreement of Thabo Smol conducting the interview was that he was not asked about the matter of the status of his relationship with Mörda as it was not even asked.

But the question remains, who is Problem Child, as it seems that the producer-DJ who had created a name for himself as one of the best Afro-House DJs to come out from Limpopo is now propelled to mainstream success.