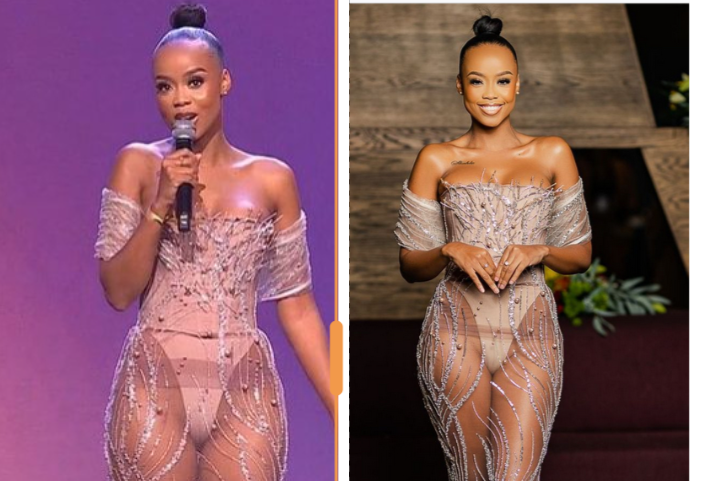 South African actress and media personality, Ntando Duma took “nude glam” to a whole new level on Saturday night at the DStv Mzansi Viewers’ Choice Awards (DStvMVCA) when she channel her inner Rihanna and Lizzo with a sheer number that landed her on the Twitter trends list.

The actress and mother of one decided to show off her absolutely flawless body in a see-through, nude pink dress that was embellished with bling by Miano Designs.

Pairing the look with a simple hairstyle (a bun) and natural makeup, Ntando let her dress and her body do all the talking when she strut her stuff on the “blue” carpet and later on stage to present an award. 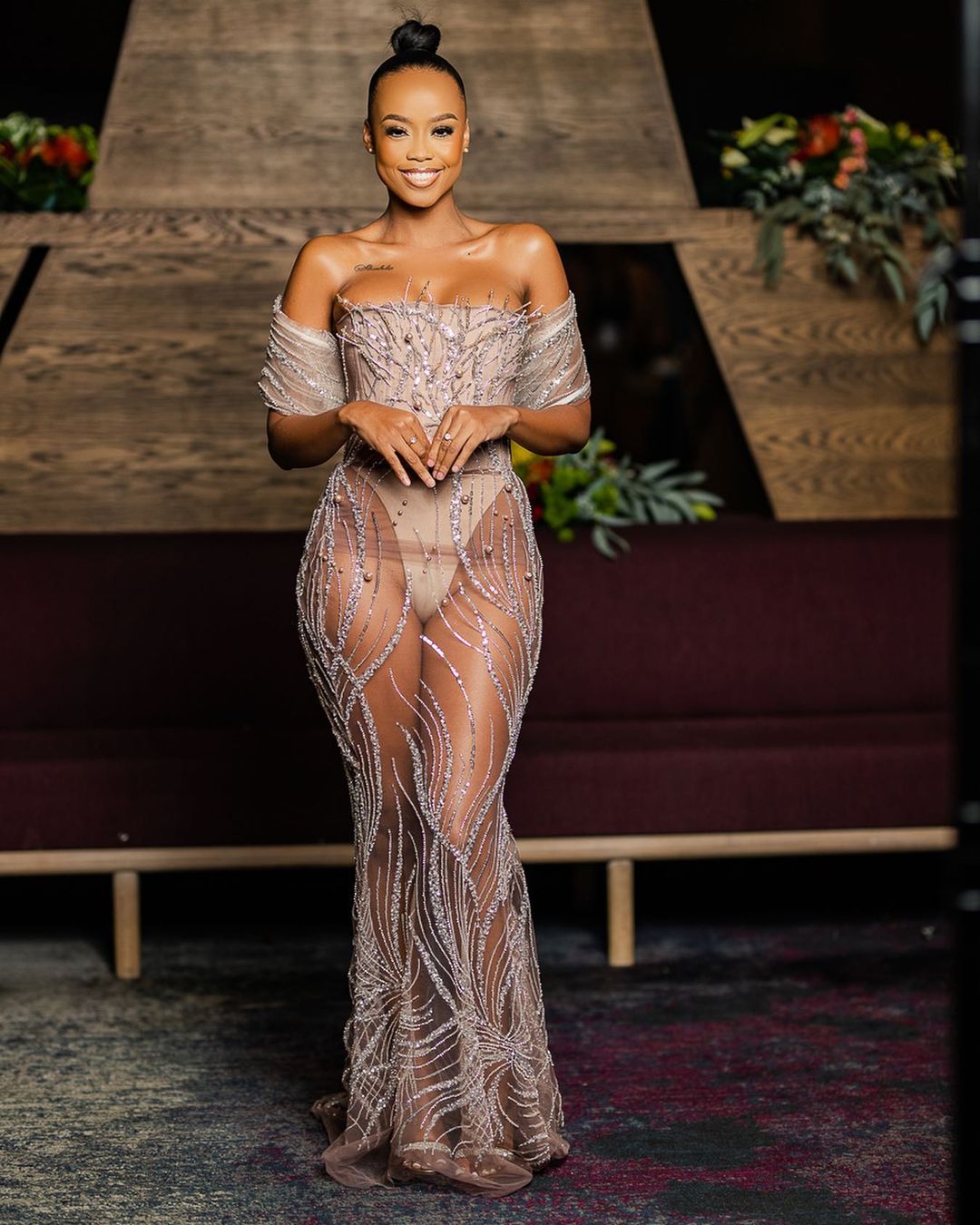 While she looked poised and graceful, the social media streets were the exact opposite as the peanut gallery gave their two-cents about her dress which sparked debates about everything from nudity on television to fashion, feminism, and global warming!

Ntando wore a nude-coloured creation from Miano Design, which featured a sheer skirt showing off her thong.

The star accessorised the dress – embroidered with crystals and sequins – with a pair of metallic heels and diamond earrings. She finished off the look with a top knot hairstyle and a glamorous gold face palette of make-up.

CLASSY OR TRASHY? TWEEPS WEIGH IN…

On Twitter, viewers of the DStvMVCA had mixed feelings about Ntando Duma’s dress.

Many found the dress a little too provocative for their liking…

Photos: Thando Thabethe’s Outfit at #DStvMVCA got people talking as her b0obs nearly popped out of her Dress; Check out the Outfits Your Favourite Celebs Also Wore