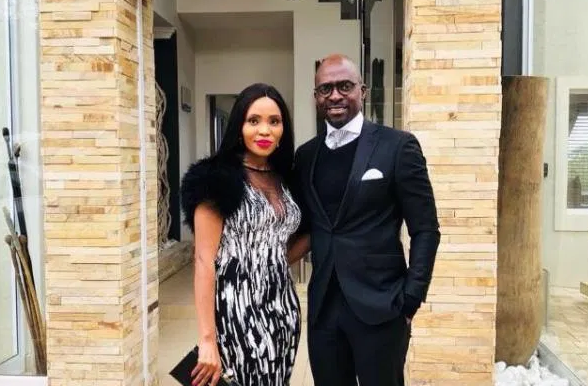 THE EX-WIFE OF MALUSI GIGABA, NORMA MNGOMA, HAS GIVEN A TELL-ALL TV INTERVIEW ABOUT HER MARRIAGE WITH THE FORMER MINISTER – AND THE ACCUSATIONS ARE HEAVY.

It now seems that revenge is a dish best served on national TV. The high-profile figure was often a source of media interest during Gigaba’s time in office, due to her penchant for outlandish statements and contentious claims. Norma Mngoma is a lightning rod for drama, and in a preview of this interview, she’s already made one very bold statement:

“I found him there with the Guptas. They used to give him a lot of money. He told me he did favours for them and that’s why they gave him the money. It was a lot of cash most of the time. Some he used to build his house, finance his lifestyle and paid for his sister who was broke. He gave her R850 000. They (Guptas) were always there to help him financially,”

She talked about his P0rn Addiction. She said,

Should Norma Mngoma have spoken out, and if so, why only now?  This is the most important question on social media after an explosive interview done by Norma Mngoma, the estranged wife of former minister Malusi Gigaba.

In an exclusive interview with eNCA on Thursday, Mngoma alleged that Gigaba visited the corruption-accused Gupta family at their compound in Saxonwold and received money from the controversial family.

Reacting to many concerns from the Public as to why she’s decided to disclose Secrets of her ex husband, Norma Mngoma said that she didn’t fear for her safety after the bitter split.

Mngoma said she has been warned on numerous occasions that “she will disappear, you know the comrades” if she continued talking about her marriage.

“I am so chilled. It is up to him if he wants to be civil, because that is what I proposed before the whole drama. They can threaten me but I know what to do. There is law out there … as much as he thinks he knows people in positions and he has power over them, but even the Hawks can be held accountable. I know my rights. I have the best legal team so I am not scared of anything, especially him,” she said.

Video: Norma Mngoma Talks About Malusi Gigaba’s Leaked 2018 Se xstape, And Makes A Fun of Him On National TV; Here’s What She Said