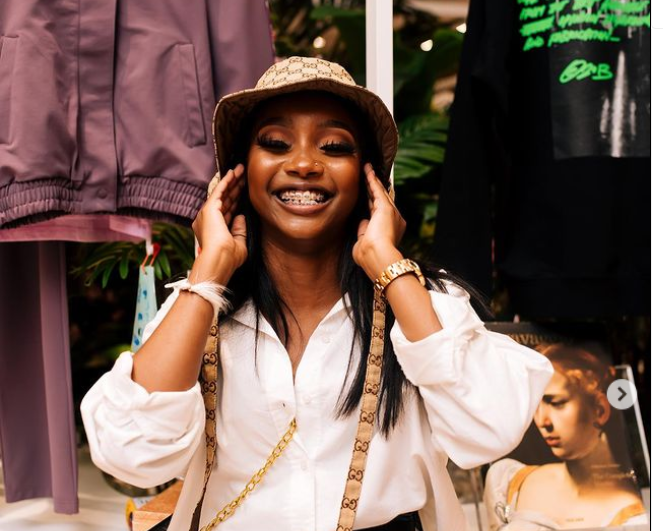 A video of actress Nomvelo Makhanya revealing shocking “truths” about her exit from e.tv’s Scandal! has left fans shocked on social media.

Nomvelo, who played the role of Lindiwe Ngema, made her last appearance on the show on November 10.

A video of Nomvelo circulated on social media where she addressed the rumours about her exit saying it was never her decision to leave the show. In the viral post, the actress alleges Scandal! was a “toxic” working environment which almost led her to taking her own life.

She said, “I’ve been the one that’s been catching all the f*cken smoke … It wasn’t me guys, it wasn’t my choice. They wrote me off, that’s the truth … It was God’s plan though, I’m going to tell you that for real.

“I’ve been praying … I’ve been wanting to leave that place … For me it was something I had really been praying about so when it finally happened it really felt like God was removing me from the toxic environment. I probably would have killed myself. There was a 90% chance. That’s how toxic that place was.”

In a question and answer session on Instagram, Nomvelo Makhanya revealed her next career move and unfortunately, fans will not be seeing her on the small screen anytime soon, if her words are anything to go by.

When asked by one of her followers on Instagram if she was going to join another soapie after her exit from Scandal!, Nomvelo Makhanya said:

I’m definitely not looking to be going into any “Soapie” work anytime soon…I want to explore other things & being on a soapie won’t give me the time to do what I want.

Makhanya however did not rule out that she might join a soapie but will only do it for a maximum period of one year. The former Scandal! Actress said:

While she does not reveal what she is pursuing, she has been spending time in a studio suggesting she may be pursuing a career as a musician.

Audiences watched as she navigated a life full of ups and downs that eventually led to her becoming the owner of a club and marrying Nhlamulo.

Nomvelo Makhanya, who portrays Lindiwe Ngema on e.tv’s Scandal is the show. The actress is leaving after nine years of playing someone whose story has evolved over the years from a high school student in Soweto’s Ngema household.

Nomvelo Makhanya has been with Scandal for 9 years and her story has grown immensely over the years. She became a household name with a legion of fans and recently won a SAFTA for Best Supporting Actress in a feature film, for her role in the Netflix film “I Am All Girls”.

Lindiwe Maseko may be gone but she will never be forgotten! ❤️

To Nomvelo Makhanya, thank you for sharing your talent with us over the past 9 years. Thank you for the magic and memories! We wish you all the best with your career! 🤩 ❤️

From your #etvscandal family! pic.twitter.com/kocM3mnuTL

Scandal has bid an emotional farewell to Nomvelo by sharing some of their memories of her from the show. “Lindiwe Maseko may be gone but she will never be forgotten! To Nomvelo Makhanya, thank you for sharing your talent with us over the past 9 years. Thank you for the magic and memories! We wish you all the best with your career! From your #etvscandal family,” reads a tweet.