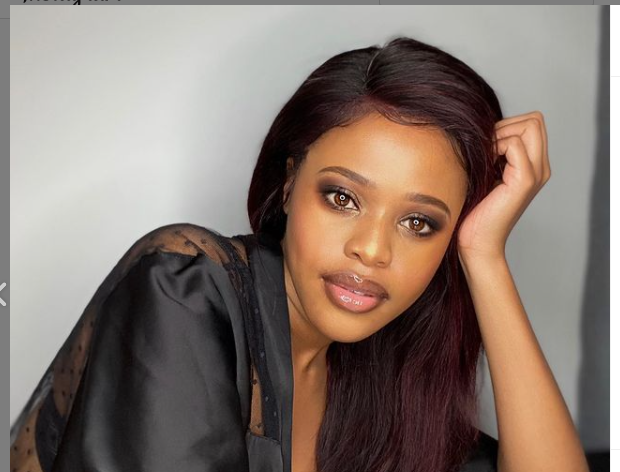 Natasha Thahane has sent hearts racing after she shared a picture of herself in hospital.

This caused her legion of fans concerned about her health, and wanting to know the reason behind her hospitalization.

The star shared a photo of herself receiving drip and revealed that she’s been working in a toxic environment, and it’s affected her physical and mental health.

“I’m working in a TOXIC environment. It’s been affecting my mental & physical health. I AM NOT COPING!!!” she said.

“Working in a toxic environment and also having to deal with my physical health has been so difficult. I never ever thought a workspace would drive me into severe depression. I’ve been in and out hospital for every week for the past 2 months,” the actress revealed. The reason behind her hospitalization is because her mental health has taken a knock. This was caused by working in a toxic environment adding that it has been affecting her physical health.

I’m working in a TOXIC environment. It’s been affecting my mental & physical health. 🤒

This is not the first time she has had a health scare. In 2019, Natasha opened up about her health scare, after she revealed that she was battling with Amnesia.

In a tweet, she shared, “Excessive weight loss. Pale skin. A simple day’s work is enough to leave you exhausted & you feel tired and sleepy even after a good night sleep. Not copying.” 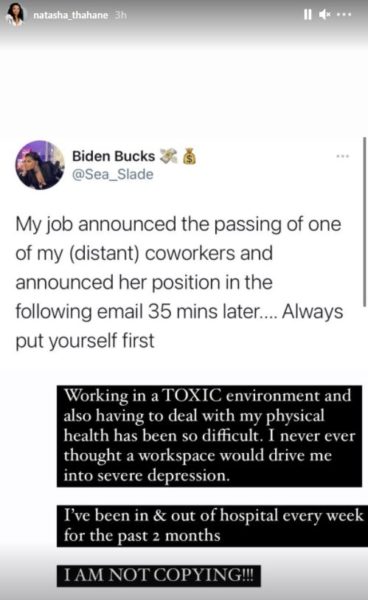