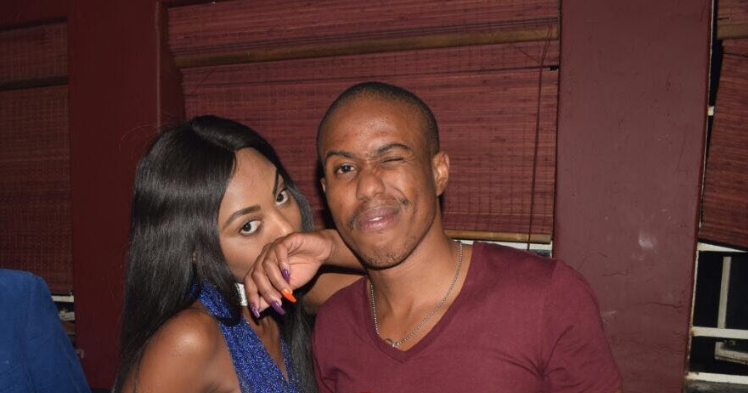 After topping the Twitter trends list for allegedly “lying about being sick” so she could attend Cassper Nyovest’s pool party, Naledi has come out to set the record straight.

Naledi went viral after a guy by the name of DJ Techzi shared snaps of her partying it up at Cassper’s pool party, yet she apparently told him she was going to bed at 5pm.

Naledi broke her silence about the fiasco on YFM explaining that they were actually not an item.

She corrected the team about her and DJ Techzi’s relationship status, claiming they only hooked up two or three times.

“Okay, correction! He’s not my boyfriend… hooking up two or three times doesn’t mean we are dating!”

According to DJ Techzi Naledi went offline at 5pm but was later spotted next to Cassper’s Bentley and dancing on his patio.

Naledi didn’t deny that she had omitted some info when she told guy she was about to sleep at 5pm. But she said all she knew was that she was invited to a party and even though she didn’t know at that time that it was Cassper Nyovest’s pool party, she wasn’t about to pass the opportunity up.

“I was home and my girl called and said ‘Moriski (what she’s apparently called) let’s go to a party and I was like okay, let’s do it! I had an outfit to show off and I felt like having a good time and as it turned out we were headed to Mufasa’s party.”

The girl said she and Techzi had only gotten “together” three times and she didn’t understand why he was calling her baby and why he thought they were dating.

“Maybe ke monate… (Maybe I taste good)” she said after she was asked why the guy would just “claim” that she was his bae.