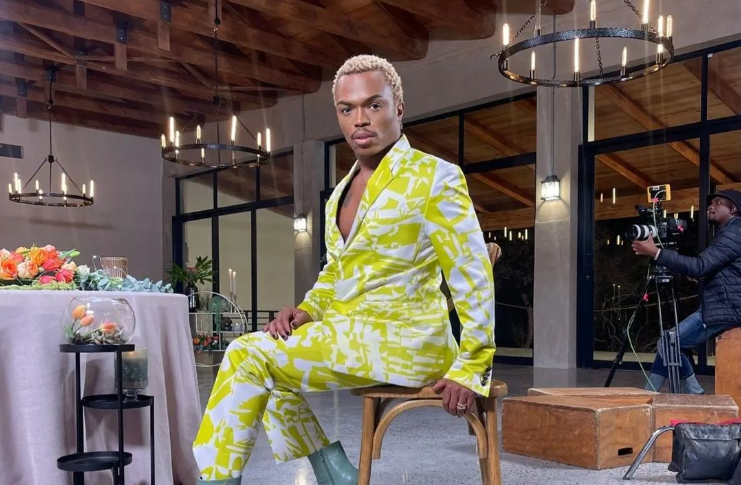 Mzansi celebrity Somizi Mhlongo aka Somgaga recently opened up about dating a woman five years ago and revealed where he is now in terms of his s.e.xuality.

The reality television star told Sol Phenduka and Dineo Ranaka on Kaya 959 that he’s always been open about his s.e.xuality from day one, even Palesa the mother of his child knows this, and that he’s not a straight Gay.

He said,  “was a child star by then and girls would throw themselves at me. I’d tell them that I play for both teams. I’ve always been honest that’s why there was no shock on her side.”

Despite his honesty, Somizi notes that some girls thought it was just a “phase.:

Responding to Sol’s questions about if he’s been with any other woman since Palesa, Som G revealed that it was about” five years ago” that he was with a woman.

Discovering That He Is Pans.e.xual

Sol: You say you play for both teams so when was the last time if after her you were with a woman?
Somizi: Five years ago.🙊 pic.twitter.com/CqrdoLjF9c

Somizi notes that he does not want to be boxed.

“The older you get, the more you find yourself and you explore and it’s okay. If he is confusing people then “it’s none of their business. The most important thing for  is that he is not confusing his partner”