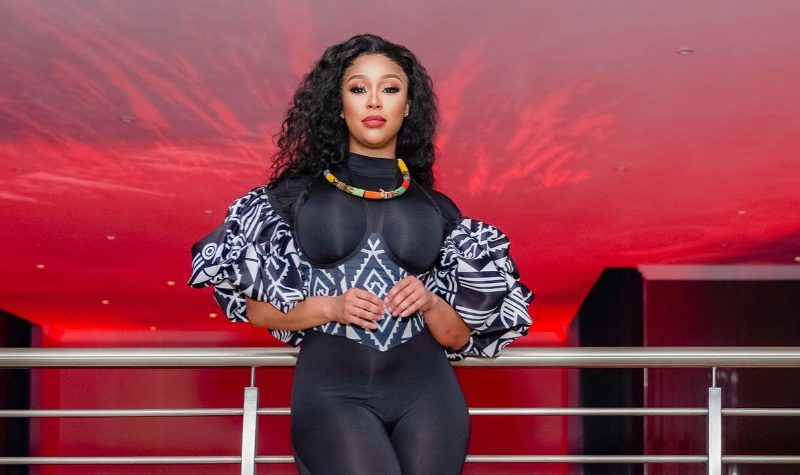 Recently divorced Minnie Dlamini took to her Instagram stories to share with her more than 4.7 million followers a pearl of wisdom.

Minnie Dlamini advised her followers not to divorce. Considering that she recently got divorced from Quinton Jones hardly a month ago, the advice was well received and taken to heart by many.

Minnie Dlamini wrote on her IG stories that, :

“Ninga divorci magenge, Buka manje seng’xakekile” Translated it means “Do not divorce friends, see now I have a problem”

Well, it was raining before she postetd this, maybe she was cold.

Ever since her divorce. Minnie Dlamini has been seen out and about a lot, something which she has not been doing during her marriage days. Some even joked that she could not wait to go out and mingle with others. Every week she has been attending events and looking good.

In a related news,  According to reports, Minnie Dlamini had cheated on Quinton Jones, and he had filed for divorce, ending one of the most loved unions in South Africa.

The genesis of their split reportedly dates from the time Minnie lost her brother, a pilot. She had reportedly gone cold on her husband, who later found out she was cheating on him. Unable to bear it all, he’d filed for divorce.

Interestingly, while Quinton wants a divorce to move on with his life, reports indicate that Minnie is not ready – has refused – to sign the divorce papers, leaving Quinton trapped in some way.