Mihlali Ndamase has broken her silence since rumours of her alleged affair with a married businessman broke last month.

The YouTube makeup vlogger is allegedly in a relationship with Leeroy Sidambe, and has come under fire with Twitter users labelling her a homewrecker. It seems that Mihlali’s mother, Pumla Ndamase was at the receiving end of a few scathing text messages about her daughter. In a related news, Mihlali Ndamase and Leeroy Sidambe have ‘confirmed’ their relationship through a picture in which they are dishing smiles, looking cozy together.

Mihlali Ndamase is not even hiding is anymore, she’s finally flaunting the married man she snatched from the wife. She posted this photo and deleted it, butt we got it. 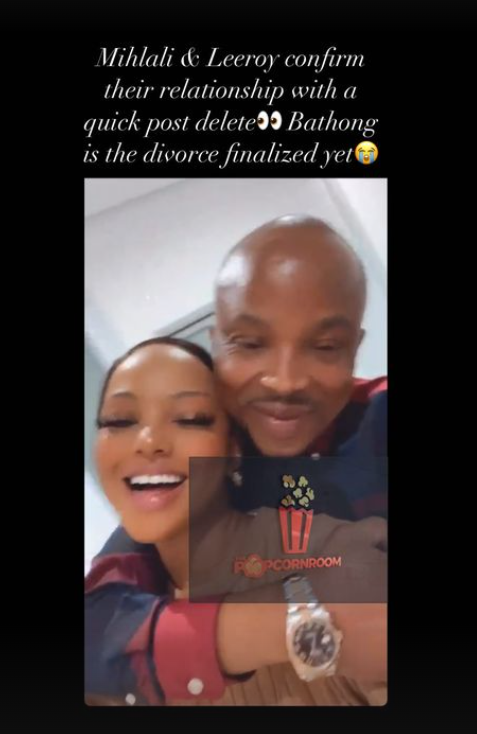 Mihlali Ndamase, who is a social media influencer, YouTuber and businesswoman, is being accused of dating a married man.

The award-winning content creator is rumoured to be dating South African financial specialist, Leeroy Sidambe, who allegedly left his wife Mary Jane Sidambe for the YouTuber. 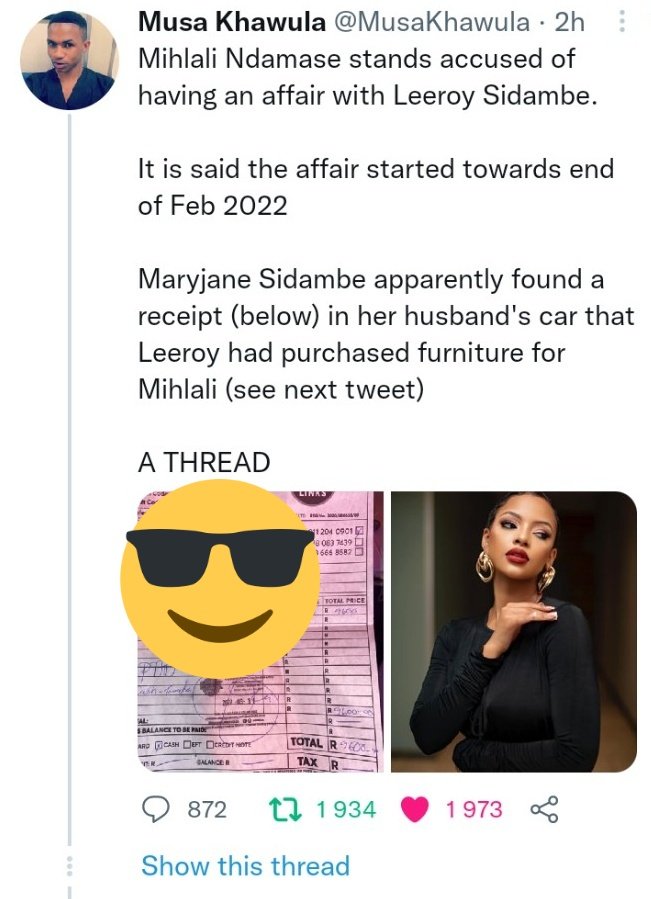 According to various bloggers, Mary Jane exposed her husband for allegedly cheating after she found receipts of a purchase he made for the socialite. The receipts are for furniture bought for Mihlali by Leroy at a store called EMK Links. The receipts exposed the influencer’s phone number, physical address and email address.

It turns out the Thanksgiving event that Mihlali is heard talking about (above) is Shauwn Mkhize’s Thanksgiving that took place on the 09th April same weekend as the Cassper Nyovest – NaakMusiQ boxing match.

Their affair only came to light after MaryJane Sidambe found receipts in Leeroy’s car of property purchased for Mihlali. The receipts are for furniture bought at EMK Links, and she then exposed the affair. The pictures of the receipts found their way to gossip blogs and exposed Mihlali for being a husband snatcher.

Ndamase has made it clear that money is vital in a relationship, and in her past, she has dated her fair share of rich guys. Leeroy Sidambe fits right in as he is a successful businessman with a company which offers security services, Bakery and Facilities management. The two are rumoured to have started dating in February this year as Leeroy and his wife seemed to be happy on Valentine’s day. Mihlali Ndamase is yet to respond to the allegations and tell her side of the story.