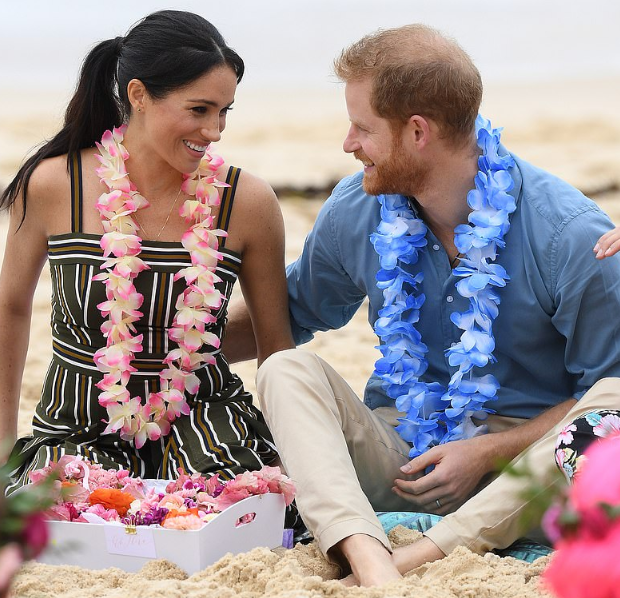 The Duke and Duchess of Sussex’s international tour saw them visit Sydney today.

They thrilled royal fans as they arrived at the world famous Bondi Beach first thing this morning. They mingled with their fans and spoke openly about mental health.

For the visit to the beach, Meghan looked radiant in a khaki maxi-dress from Melbourne -born designer Martin Grant’s 2019 Resort collection. She was seen cradling her bump as Harry held on tight to her hand and doted on her as always. 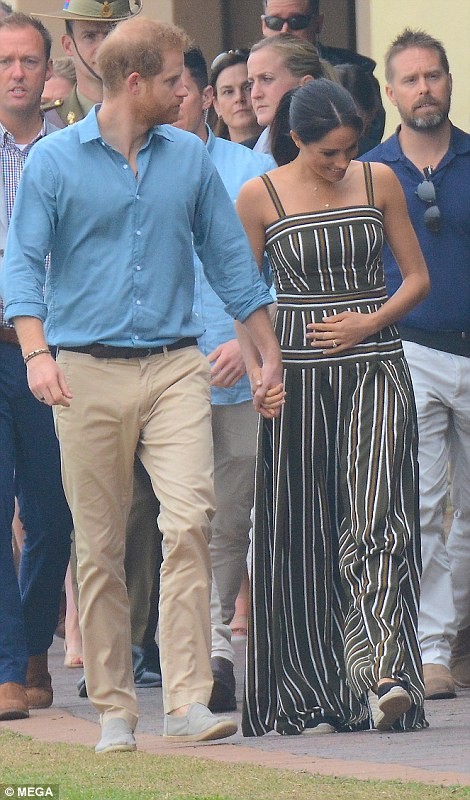 For their second official engagement of the day, Prince Harry and Meghan Markle visited  Macarthur Girls High School, where the Duchess gave pupils an inspiring speech about equality and her own upbringing. 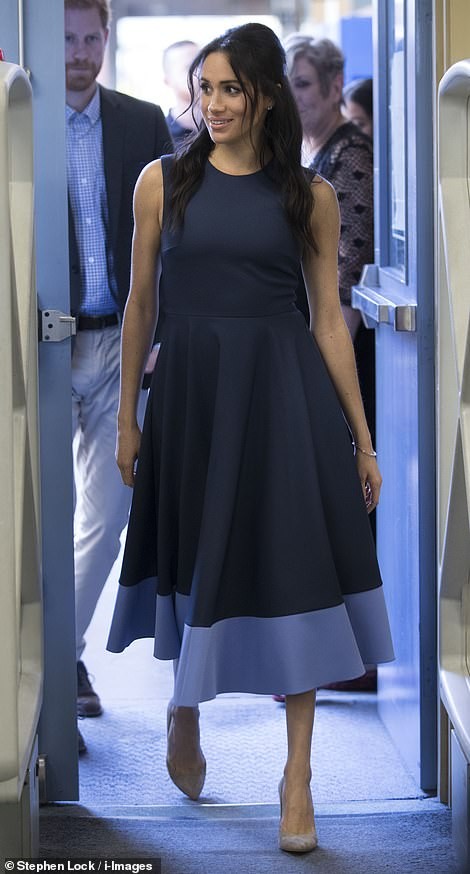 The royal couple were also entertained by a dance group from the students. 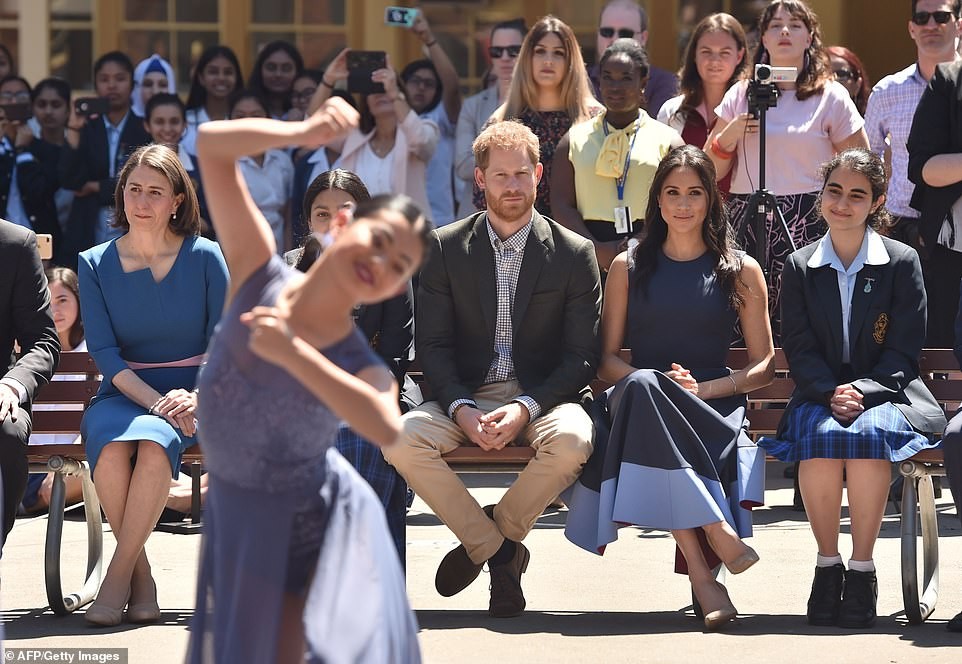 Students of the school also wrote tributes to Meghan which they put on display for her to see when she arrived at their school.

One of the tributes had the words; “charity, feminist, inspirational, royal family, gender equality” written it. On another tribute was written “Priyanka Chopra”, probably referring to Meghan’s friendship with the Indian actress and one-time Miss World. 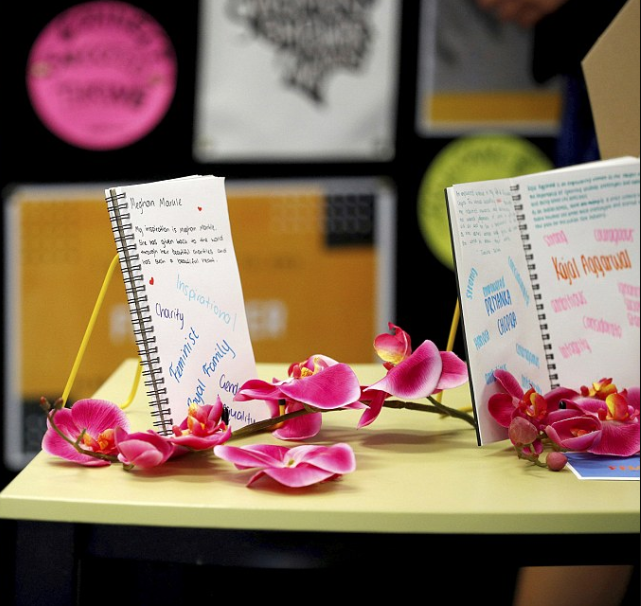 Later, Prince Harry went solo to scramble up Harbour Bridge alongside competitors from the Invictus Games. 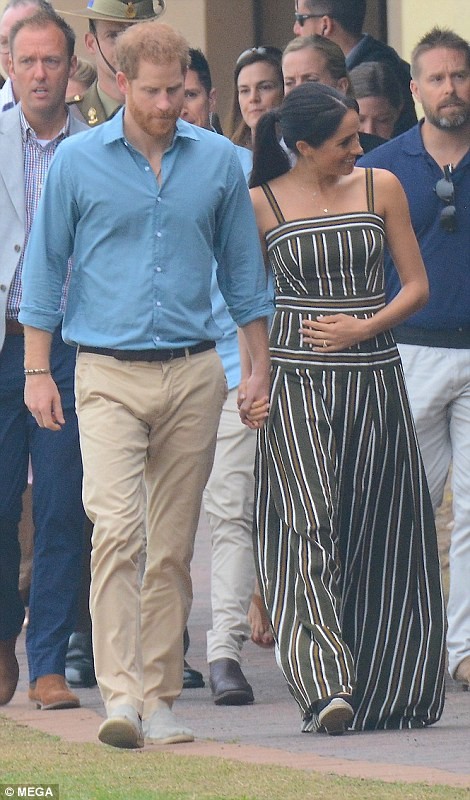 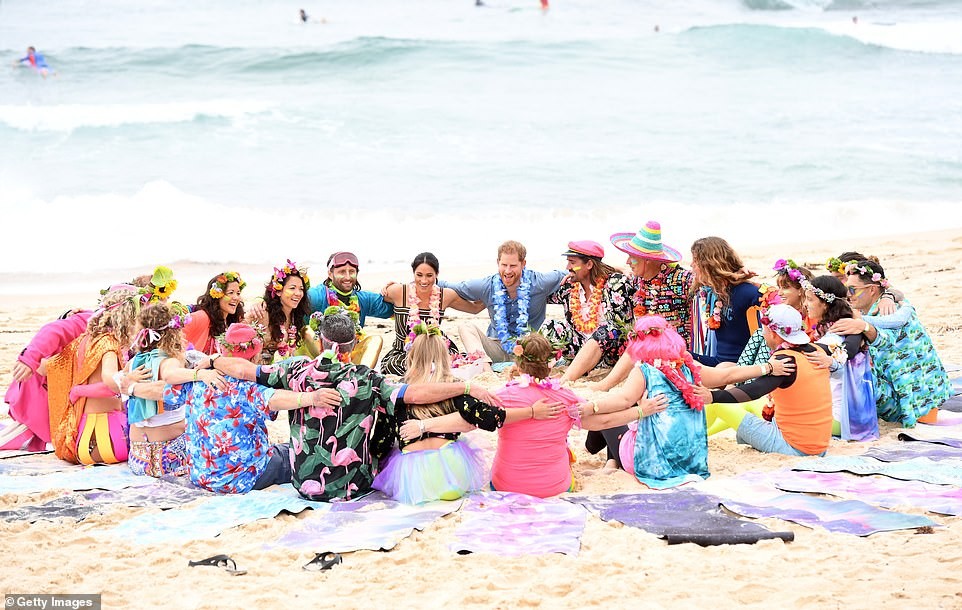 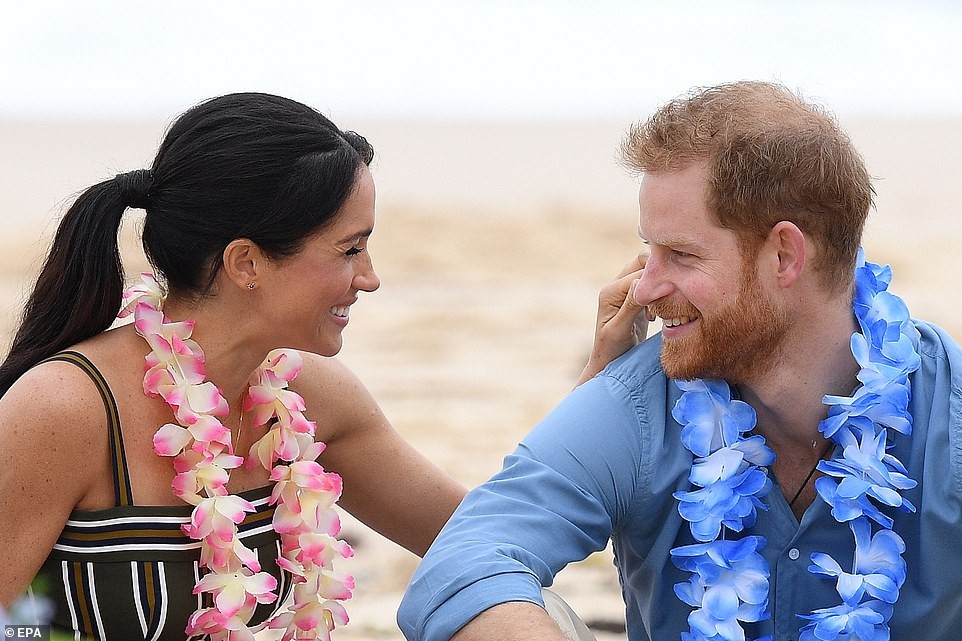 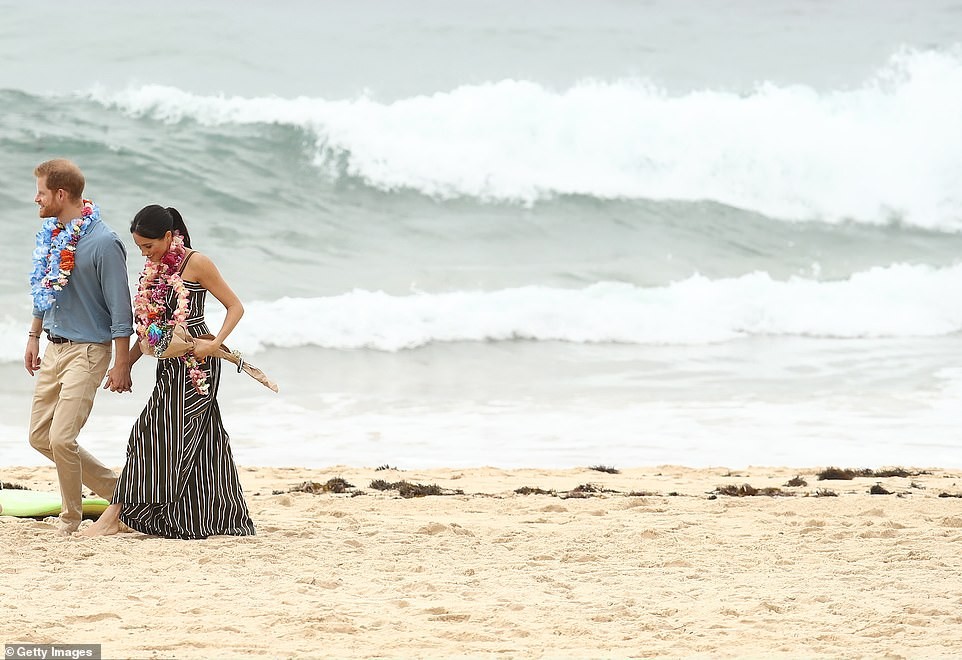 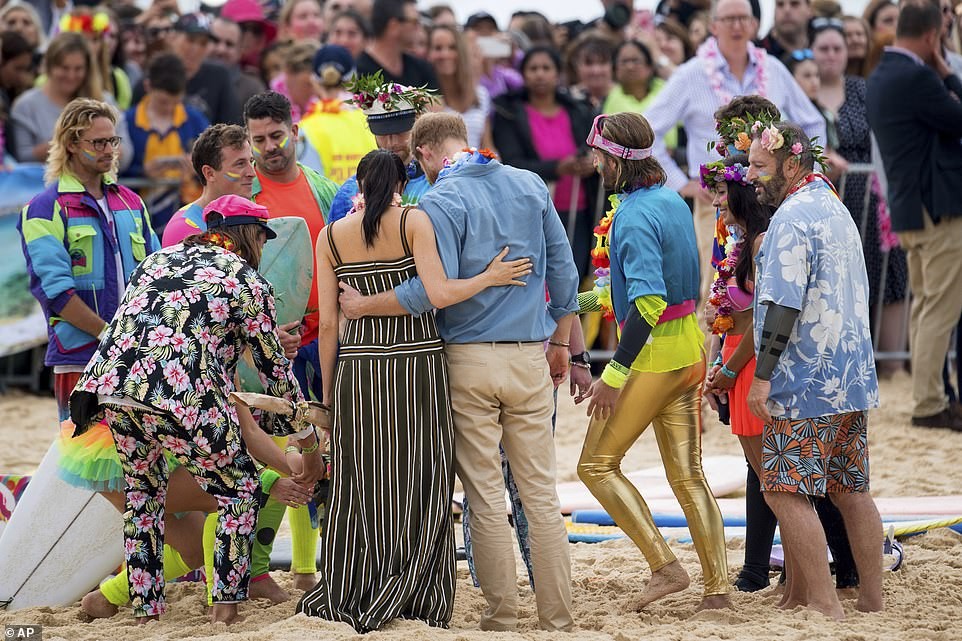 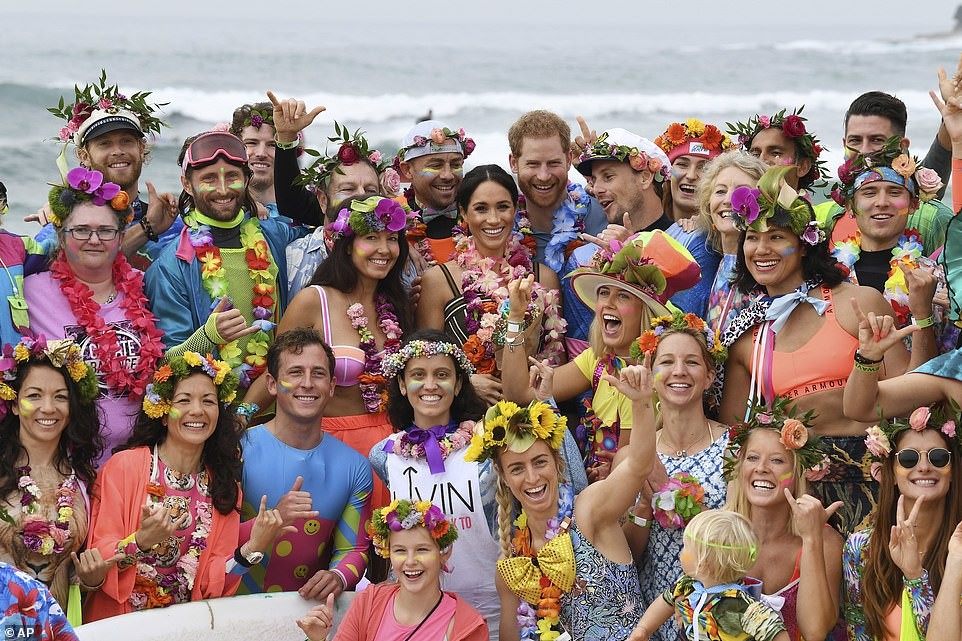 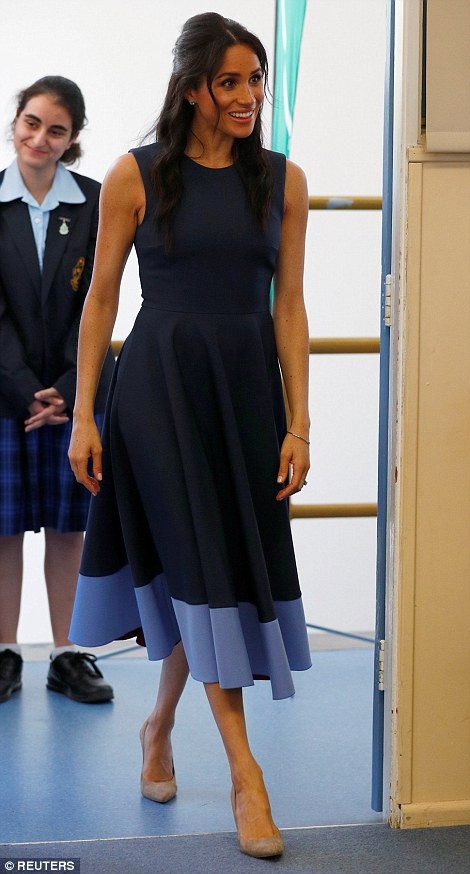 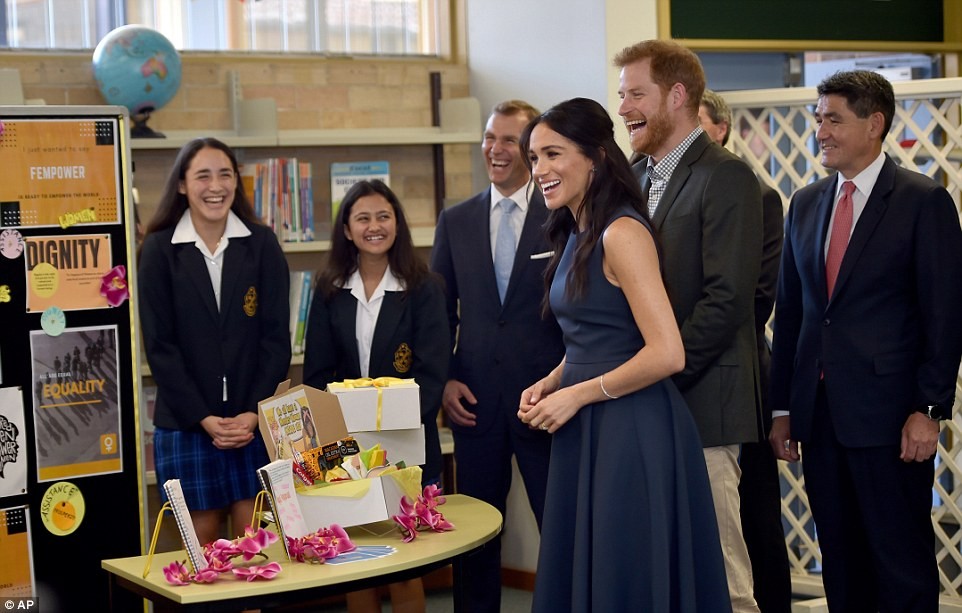