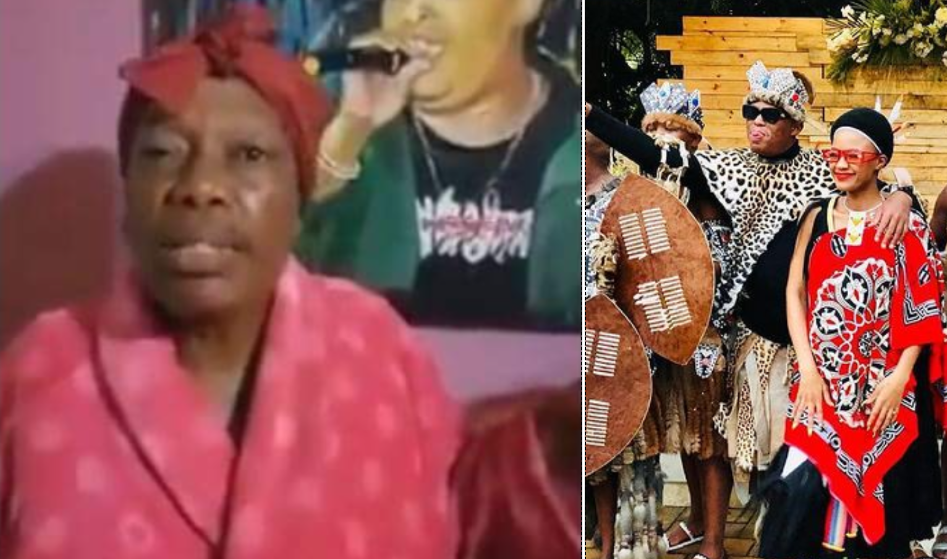 Babes Wodumo’s mother in law is not impressed with her daughter in law. Babes Wodumo to lay charges against Mampintsha’s mom, who claims that Babes is not pregnant. They just got married this weekend and she’s already fighting with her mother in law.

Mampintsha’s mother, Zama Gumede, made a video where she accused Wodumo of lying about her pregnancy. In her video, she said that Babes had claimed to be pregnant with twins, but is yet to give birth

In a video that went viral on social media on Tuesday, Mampintsha’s mother said Babes Wodumo had claimed to be pregnant with twins and until today had not given birth to twins.

She accused her of putting foam on her tummy to convince everyone she was pregnant when she was not, calling her a b****. She said she was waiting to see what she was going to give birth to.

“Maybe she is going to give birth to a cat, I don’t know. I don’t want this woman who got married to Mampintsha and I am saying this in public,” said Gumede in the video.

Apparently Mampintsha’s mother made a video of herself about her dissapproval of the marriage ,in the video she even insults babes wodumo saying “akamfuni lapha” pic.twitter.com/iptVE57B1I

Here is Babes reply to her. Click to Read

Babes Wodumo Angry, Threatens To Lay Charges Against Mampintsha’s mom For Claiming She Faked Her Pregnancy