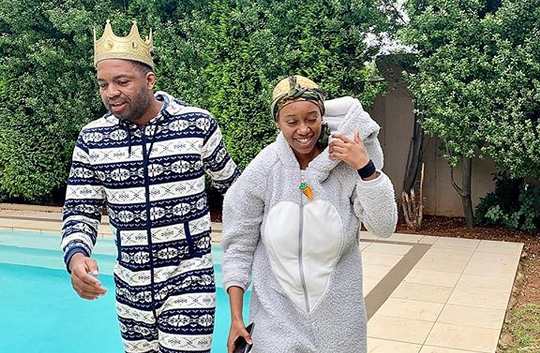 Itumeleng Khune remains defiant in the face of hate about his supposed new relationship, poking fun at haters by saying they have “defeated” him.

Itu dominated chatter on social media after posting a picture with a mystery woman. Fans were immediately up in arms, as many thought the footballer was still in a relationship with Sbahle Mpisane.

Even though their split was never confirmed by the couple, all images of them together have been deleted from his Instagram page. Replying to a follow at the time, Itu said “yeah” when the person said they hoped Sbahle managed to move on.

Itu’s love life remains a big focus, with insiders telling TshisaLIVE that his notifications are blowing up – mostly about the women in his life.

But Itu is having none of it, issuing two messages about the comments.

And then there was some tongue action for good measure.

Too much respect to my haters 😂😂😂😂😂🙌🏼 I’m defeated shame 🤦🏽‍♂️ pic.twitter.com/FxDNOZeuip