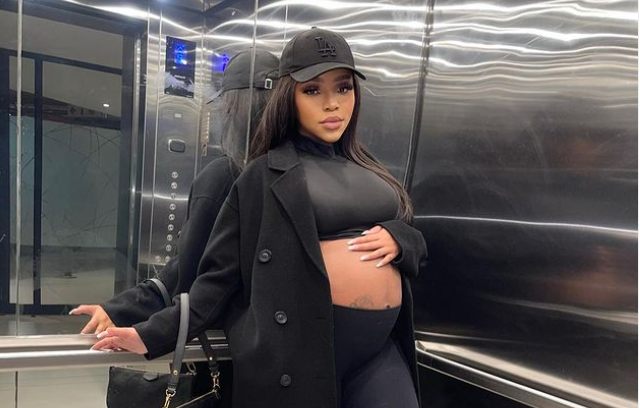 Taking to Twitter, Faith Nketsi-Njilo has relayed some of the trying times during her pregnancy, as well as delivery. While most of us thinks she had it easy, well the new mom spills the contrary. Faith Nketsi-Njilo insert the challenges and difficulties she faced when giving birth to baby Sky Njilo.

“My birthing experience was horrifying. I remember begging for a c-section at 8cm dilated,I still don’t understand why they didn’t do it. Upside: I’m happy I did it naturally, I was up and about like nothing happened the next day. 2nd baby I’m definitely opting for a c-section” wrote Faith Nketsi-Njilo

26hrs in labor is enough to make me never ever want to go through that again. Maybe I’ll change my mind one day, who knows 🤷🏽‍♀️. But right now I might still be traumatized hey

The rapper and reality TV star of the hit series Have Faith says she may have given birth to a beautiful baby, Sky. However, Faith also says she might still be traumatized from the whole experience. Where she mentions that she spent over 26 hours in labor and that whole experience has made her not to ever want to go back there.

“26hrs in labor is enough to make me never ever want to go through that again. Maybe I’ll change my mind one day, who knows. But right now I might still be traumatized hey” wrote Faith Nketsi-Njilo

Faith Nketsi recently revealed that she was pregnant and already gave birth to her baby. Since Faith Nketsi kept her pregnancy a secret she is now answering her fans questions about her journey. Faith Nketsi answered questions from her fans.

Faith Nketsi shared that she was at her Andzelo’s house with her husband Nzuzo Njilo when she felt dizzy after taking a nap. She said that she knew something wasn’t right and her husband was on a call. She went to the store and bought pregnancy tests and they came out positive.

She said she showed it to her husband and he immediately dropped the call. Faith also said that she was on birth control and took them everyday but she took them at different times.