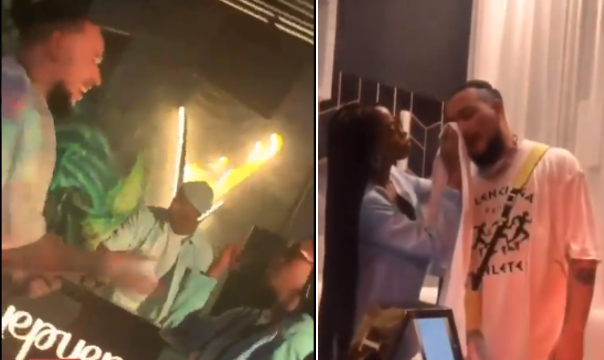 Investigations into the death of AKA’s fiancée Anele “Nelli” Tembe are continuing as details around her death come to light.

When rapper AKA, real name Kiernan Forbes, gave his social media followers a glimpse of his love life with his fiancée, Anele Nelli Tembe, little did they know those would be her last hours alive.

Tembe allegedly jumped to her death at an upmarket hotel in Cape Town yesterday. She was confirmed dead by paramedics who attempted to resuscitate her after she injured herself from the plunge.  ..

Here is what you need to know:

On Sunday morning the country woke up to the news of Nelli’s death after images of police blocking the road at the hotel circulated on social media.

Hours before the death, the couple, seen on AKA’s Insta Stories, were shopping at the Maxhosa store at the V & A Waterfront  before having lunch with friends. They were then seen at Ayeyep Lifestyle club, where the rapper was performing.

Witnesses at the scene described to TshisaLIVE how they heard a scream, followed by a “loud doef” sound and then by a man shouting.

Here are Videos of their Last Moments;

Nellie Tembe and AKA dancing at Ayepyep Lifestyle in Cape Town

Nellie looked so happy .. then boom.

If she was depressed.. you wouldn’t know.. which goes to show that you never really know what someone is dealing with.💔

I pray for her family,friends, AKA and everyone who was close to her.💔🕊 pic.twitter.com/YE0tBaDzic

In case you missed out on What Exactly happened. Click To Read;

Photos: AKA’s girlfriend, Nellie Tembe Dies After She Jumped out of the 10th floor of Pepperclub Hotel; Here’s Everything That Happened