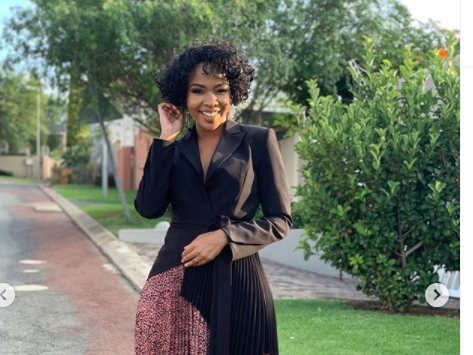 Here Are some facts about Scandal’s Pasi Koetle  you need to know. Here They are;

Everyone knows that juggling a career, being a mom and a wife isn’t a walk in the park but Pasi makes it look like a breeze.  Just like how she’s a natural in front of the camera, Pasi steps into all the roles she plays with passion and naturally.

The actress loves spending quality time with her little girl and doing all sorts of fun things with her, like wearing matching outfits for mommy-daughter photoshoots.

2. Pasi Is A Business Woman. She Owns Her Own Restaurant

The actress caught many by surprise when she announced the opening of her restaurant, Gorge, in Johannesburg North. She co-owns it with her husband and the public continues to show her great support. Talk about girl power!

She decided to branch out and enter the restaurant business with the launch of her first coffee shop in Johannesburg. Pasi and her hubby opened the Gorge Grab n Go Cafe at the Sandton Gautrain station on Monday after deciding to invest in their passion for food and business.

They came all the way from Bloemfonten to come welcome @zozitunzi back home 😩🥰, they also made a turn to come have lunch with me at my Resturant @gorgeresturant .. I am so blessed , my heart is full … thank you @clementmaosa for chilling with us .

3. Pasi Is A Simple Girl

Thank you Lord for the gift of life 🙏🏽 Good morning . Tracksuits : @bagsandboujie 👟 : @charryshoes

Go to the Next page to read some more facts about Mapaseka “Pasi” Koetle-Nyokong; Click Next for more;