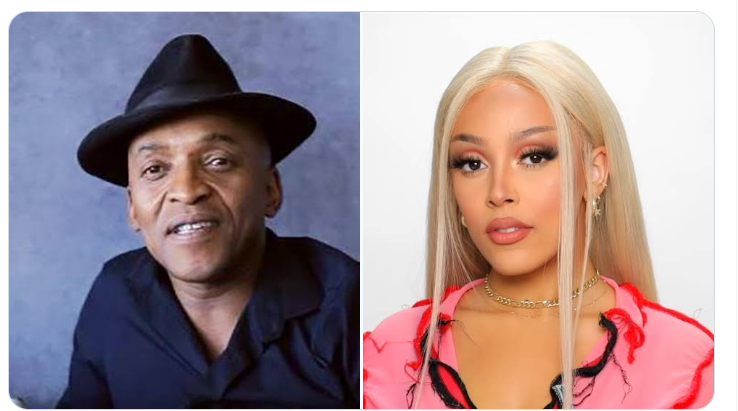 Actor Dumisani Dlamini wants tweeps to mind their own business as he continues to gush over his daughter, US rapper Doja Cat, real name Zandile Dlamini.

Legendary actor Dumisani Dlamini is the father of American singer Doja Cat but she has always opened up about not having a close relationship with her father.

The Sarafina actor shared a video clip of an interview Doja Cat did where she found out that her father was not only a dancer and actor, but he is also a producer.

The Vegas hitmaker was very shocked to find out her father is also a music producer and she showed excitement over this revelation.

He captioned the video, “Tell me something, let me hear from you. Please, we love each and every comment.”

The actor took to Instagram, sharing shared a snippet of an interview Doja Cat did in 2019 after a concert in Las Vegas reacting to an old cassette of her father.

Though Dumisani got a lot of backlash on social media for supposed lack of presence in Doja Cat’s life, he hinted they are back on good terms when clapping back at a troll bashing him for posting a video of his daughter.

His post was met with some loving comments from his followers as well as some negative ones. One comment said, “You ran away to the edge of the world and married 3 women had 30 children. Deborah was struggling to pay her rent with your OWN children. You aren’t fooling anyone.”

“Take your medication and relax. I am in New York with my baby, OK,” Dumisani responded. 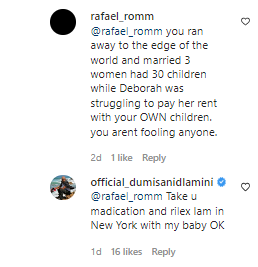