Multichoice is working on bringing the popular reality show,  Big Brother Mzansi  back. MultiChoice Group has confirmed that indeed the much-loved ‘Big Brother Mzansi’ will be returning to our screens soon.

Sources have informed that a final brief on the status of the show’s return will be made today. No official audition channels have been approved yet.

; Here is the Statement from Multichoice 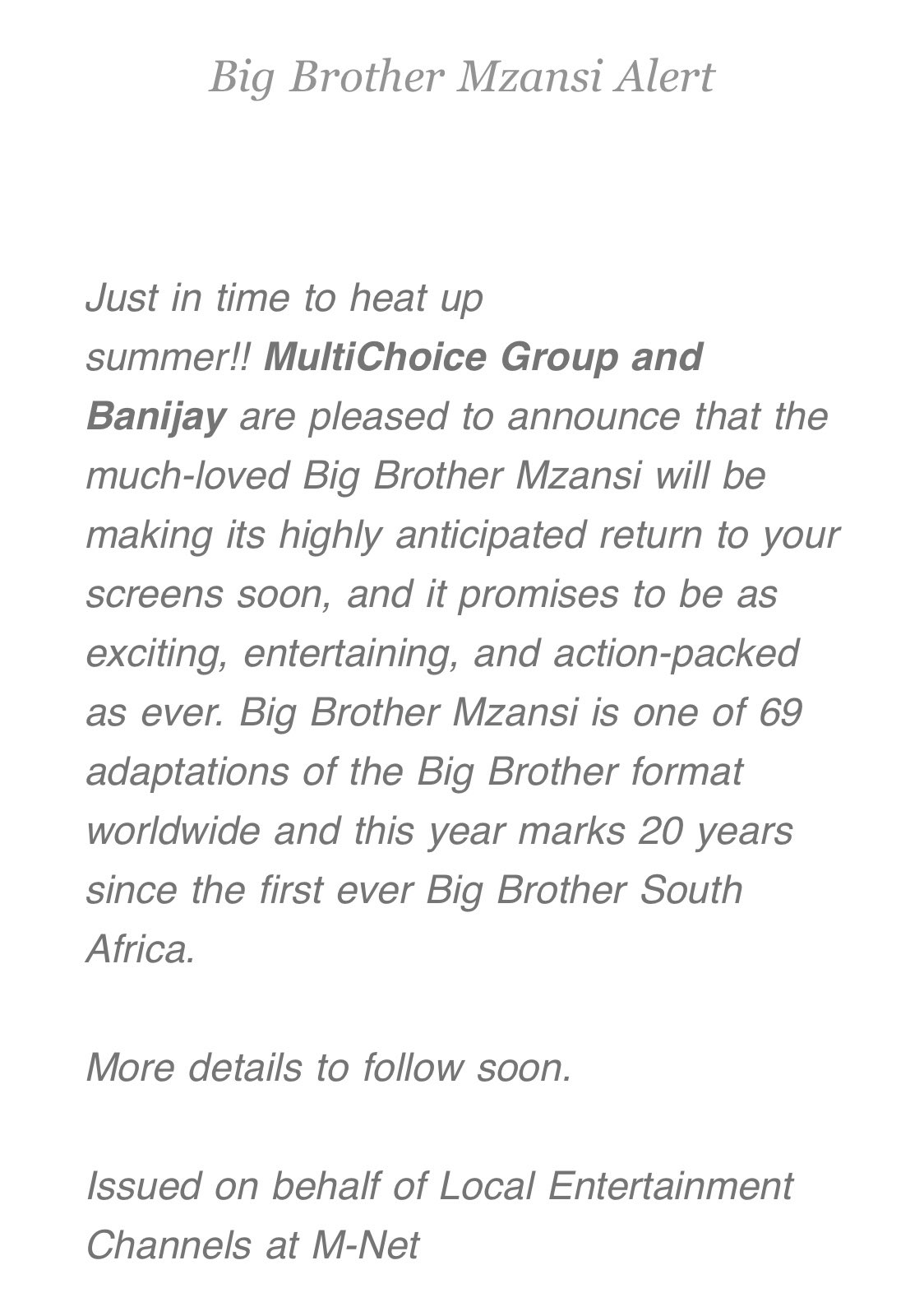 Unfortunately no details about the auditions dates and mechanism are included in the statement.

NOTE: Don’t fall for Big Brother Mzansi scams. There are no auditions yet. For dates & details about the auditions check #BBMzansi official social media accounts

South African version of the hit reality TV franchise debuted back in 2014, and was put on hold in 2016 after running for 2 seasons.

According to social media expert, Phil Mphela, he reported on Twitter that sources have confirmed the return of the show, and details about the auditioning will be announced soon.

“Multichoice is working on bringing the popular reality show back. Sources have informed me that a final brief on the status of the show’s return will be made today. No official audition channels have been approved yet,” he initially said.

Sharing an updated version of the news, Phil said: “Big Brother Mzansi is definitely 100% happening. Will get auditions details soon.” 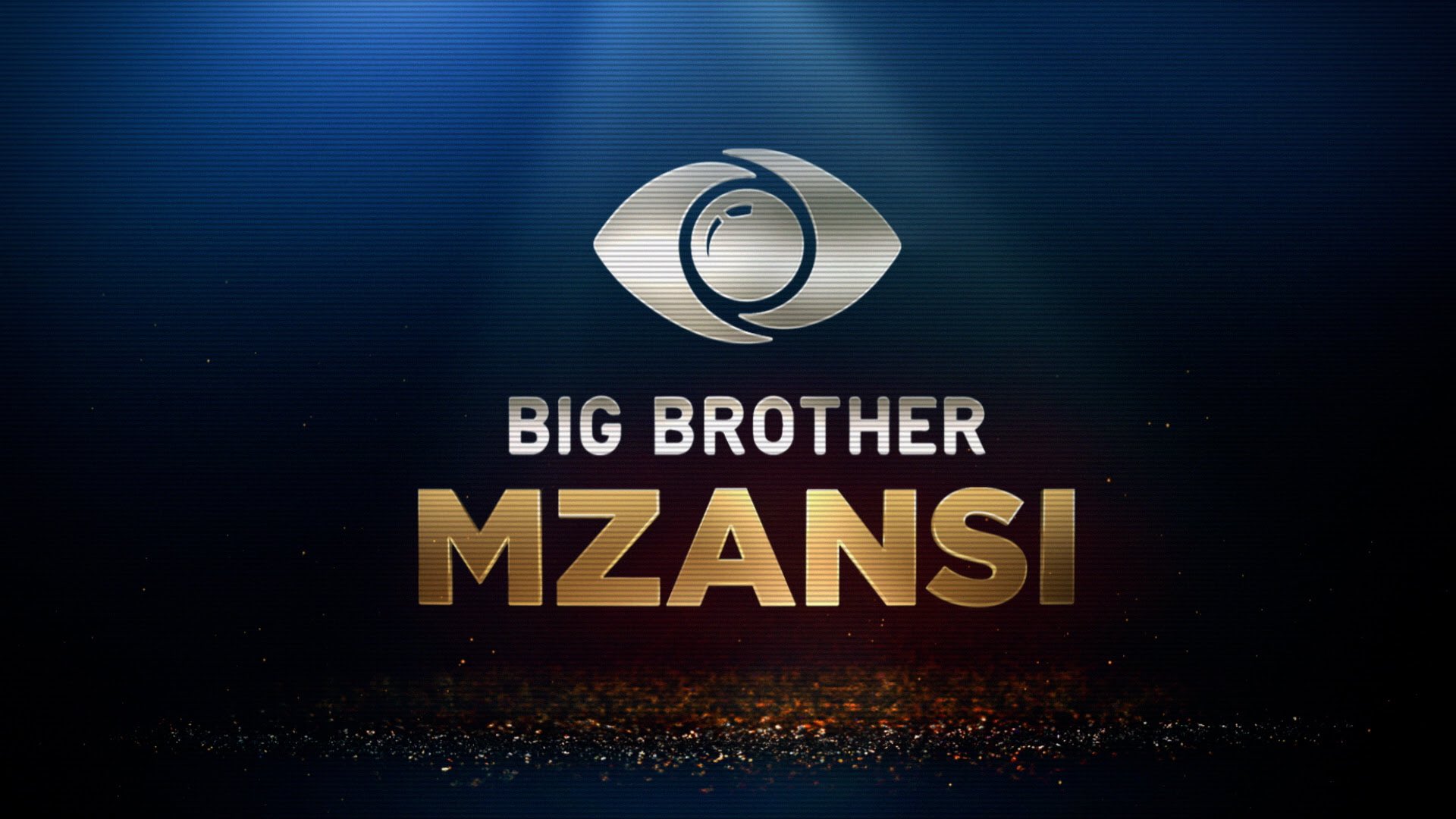 South Africans are super excited about the return of the show and people have taken to social media to express their perception and what they expect.

The real big brother is coming back big brother mzansi not that Nonsense that we were watching #BBNaija pic.twitter.com/XkVVpMTuhb

“The only thing I want from the new Big Brother Mzansi – No celebrities & Influencers. The show needs a whole new crop of “talent”. This should be a career launching pad for new people. I wouldn’t even mind a new person hosting the show. A fresh start. This industry needs it!

The fans have been kept away from their favourite show for year’s after its rating dipped following controversies witnessed in the last edition.

This has necessitated Multichoice to bring the popular reality TV show on our screens., which we believe, will have a lot more proper planning and production. 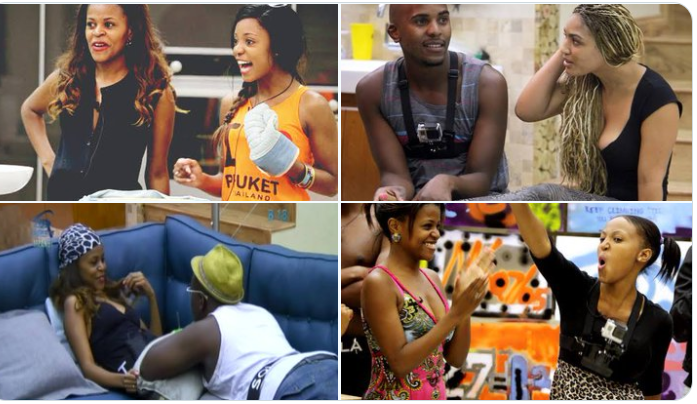 Big Brother Mzansi which is usually termed Big Brother South Africa is a reality television franchise which is produced by Endemol for M-Net. Games, relationships, drama and the infamous shower hour.

In the early 2000s, Big Brother Mzansi/Africa were one of the biggest reality TV shows in the country, until it was stopped in 2016 thereabout following several allegations.

Who was your favourite Big Brother Mzansi housemate of all seasons?