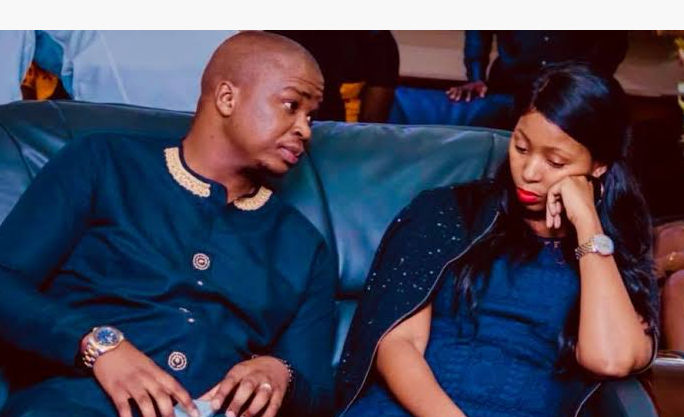 Prominent gospel star and medical doctor, Dr Tumi and his wife have been released on bail after their arrest for allegedly defrauding the National Lotteries Board.

Award-winning gospel singer and medical doctor Tumisang Makweya whose popularly known as Dr. Tumi and his wife Kgaohelo Makweya have been charged with fraud, this after the pair handed themselves over to the Hawks’office in Johannesburg on Tuesday.

She said they allegedly submitted altered grant application documents to the National Lotteries Board for approval of funds on projects in 2018.

The Hawks stated that the couple along with the other two suspects allegedly submitted altered grand application documents to the National Lotteries Board for approval of funds on projects back in 2018. Dr. Tumi and his wife allegedly benefited an estimated amount of R760 000 from the funds.

“Further investigation revealed that the couple together with their co-accused who have since been released on R5 000 bail each, Chistopher Tshivule (46) and Thomas Ndadza (48) allegedly altered information on the documents submitted to the National Lotteries in September 2018 which resulted to the amount of over R1.5 million being transferred into a private bank account,” said Mulamu.

“The couple allegedly benefitted approximately R760 000 from the funds. They handed themselves in at the Johannesburg office escorted by their attorney and were subsequently charged for fraud.

“They appeared in the Palm Ridge Specialised Commercial Crimes Court today and were granted bail of R3000 each. The case was postponed to 07 May 2021 for docket disclosure,” she said.

Dr. Tumi’s followers are adamant that he is innocent. He has been trending on Twitter since the news broke on the internet. @MsNtfulini tweeted: “Please don’t compare Bushiri to our national Dr. Tumi is innocent and I’m waiting for him to confirm if it’s true. I’m ready to sing ‘I’m nothing without you’ outside court.”
@Kgomo389: “Dr. Tumi is innocent until proven guilty by a court of law. I’m sick and tired of Kangaroo courts finding people guilty without evidence, let the court decide on the matter”