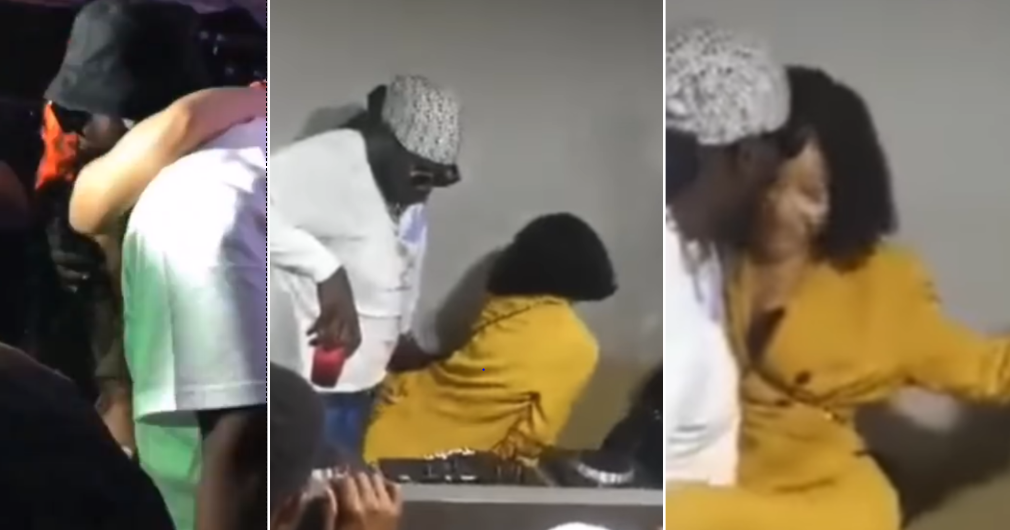 Twitter investigators are working on it again, and it seems they may have cracked another celebrity relationship case in the download.

DJ and Media Personality,  Thuli Phongolo has finally moved on to DJ Maphorisa as per reports on Social media. The 2 were spotted intimately hugging each other at an event and they couldn’t let go.

Thuli then followed Maphorisa to the DJ booth to hype him. It seems like later that night they left the event together because they posted pictures from the same location, in the exact same room at the exact same time.

DJ Maphorisa and Thuli Phongolo rumoured to be dating. pic.twitter.com/XacbcCYIlM

Maphorisa has been very private with his relationships but it seems like he’s willing to make this one known.. Who wouldn’t want to be seen with the gorgeous Thuli Phongolo anyway?

Thuli Phongolo and DJ Maphorisa are rumoured to be dating after Twitter investigators discovered them in two separate photos with the same background setting.

No one saw it coming but the Twitter detectives have been hard at work and came back with what looks like concrete evidence on Dj Maphorisa and former Generations The Legacy actress Thuli Phongolo.

Even though the pair have not publicly declared that they are in a relationship, videos of them cozied up are trending on the socials.

Check this one also out;

Thuli and Murdahbongz were secretly seeing each other at the same time she was rumoured to be seeing Duduzane Zuma. DJ Zinhle snatched Bongz from Thuli while she was keeping him as a side.

Social media users have been talking about rumors ever since, and many have expressed a broken heart that their unrequited love could be stolen by another man.

The gorgeous actress won the heart of South Africa’s most loved DJ. Thuli Phongolo loves them young, black and successful. If you are wondering who Thuli is?

Well, Thuli Phongolo is a South African actress, TV personality and voice-over artist, and she also doubles as a DJ. The 27-year-old entertainer was born on 22 January 1994.

More Details about them soon;