Primedia has released a statement stating that both DJs will be stepping down from their roles at 94.7 Highveld Stereo I’m still waiting on clarification on how long (or if this is permanent).

A woman, who goes by the name of @Nampree on Twitter, accused the two popular DJs of allegedly drugging and raping her.

After getting suspended from work, DJ Fresh and Euphonik have released a joint statement, and according to them, they’ve decided to remain silent on this rape allegation for now.

Here is their Joint Statement;

Here’s the Suspension from Work Statement by their Employer; 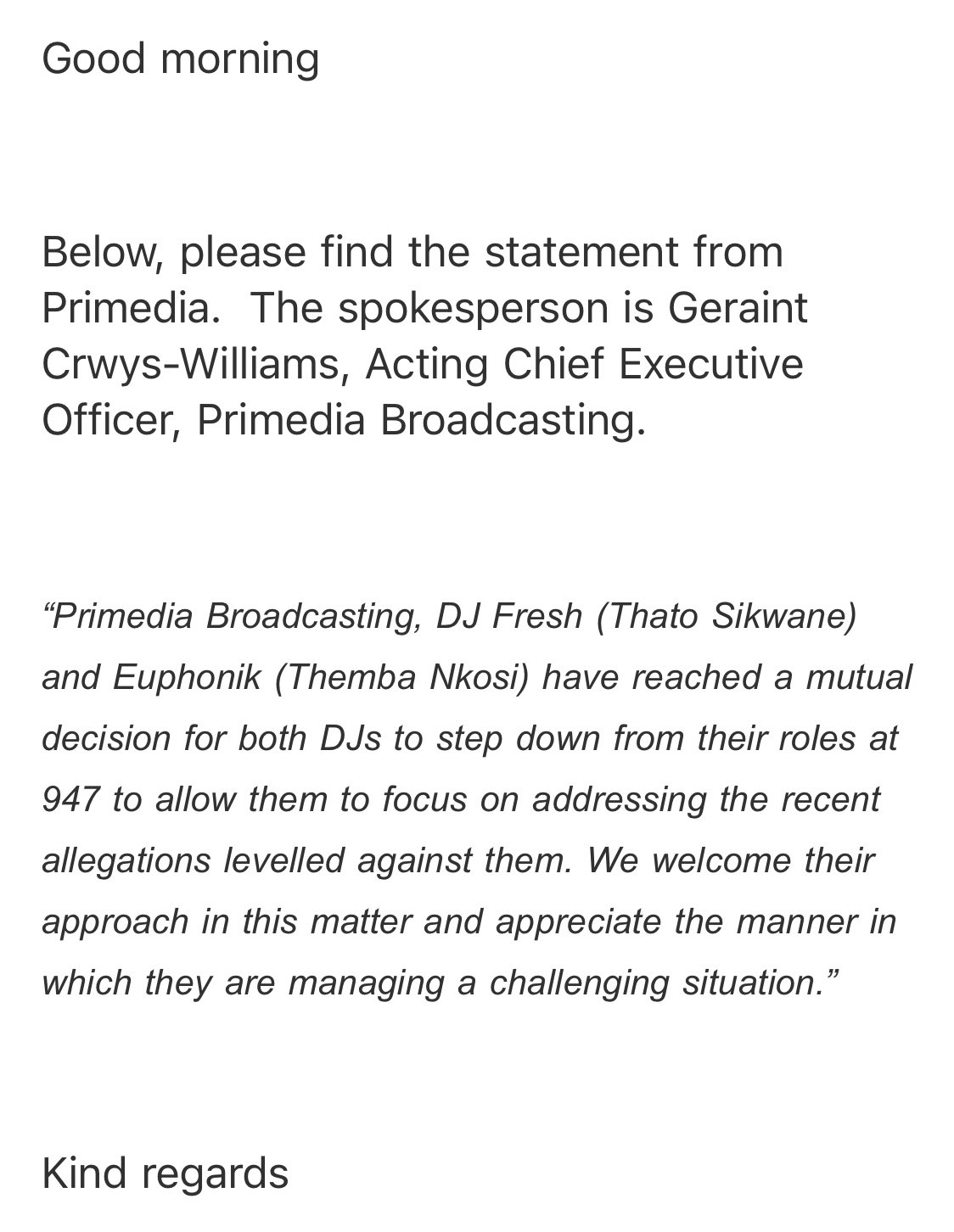 “DJ Fresh and Euphonik will you ever acknowledge drunking me & further raping me?” she asked in Tweet before revealing she had to take anxiety medication in order to actually write the tweet.

She says further that she is not clear on the details, but they reportedly laughed about it.

“I was completed drugged, I don’t whether you BOTH raped me or 1 of you did & you later laughed about it the next morning saying we (me & 3 girls) were so drunk we kept blacking out but nasidlwengula…”

She further revealed that she was allegedly a virgin when all of this took place: “Just so you know? I was a virgin when y’all did that to me”.

Here is what she tweeted; 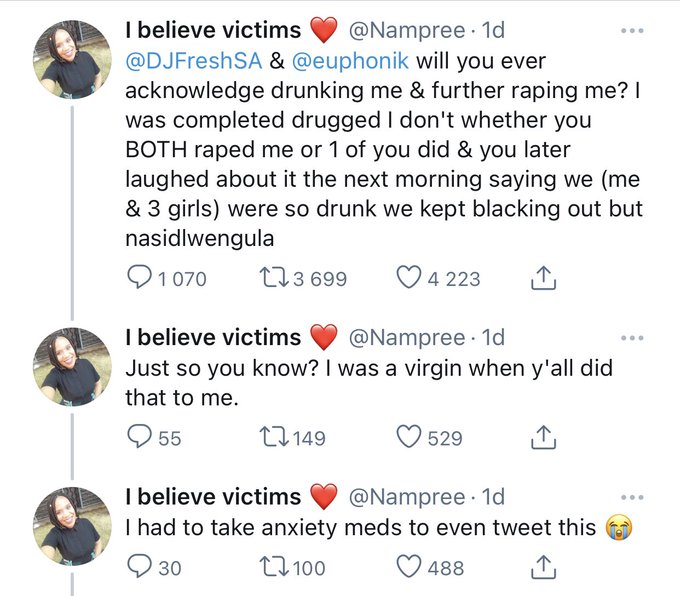 Many flocked to her comments section trying to find words of encouragement and also to applaud her courage in speaking out. However there is also a fair amount of people who do not believe her, saying they will do so once she opens a case.

Nampree has not revealed whether she has opened a case or not however she is ready to face their lawyers should they decide to open a case against her.

Here is the Photo of the lady making all these Accusations;

This is not the first time DJ Fresh and Euphonik have been on the spotlight for abuse and sexual abuse allegations. Last year Ntsiki Mazwai outed DJ Fresh for rape however she had to delete the tweets because the court favoured Fresh. The court said Ntsiki did not have enough evidence to back her claim and was ordered to remove her posts which accused Fresh of being a rapist.

More Details Soon as DJ Fresh and Euphonik have not reacted to the Story yet!