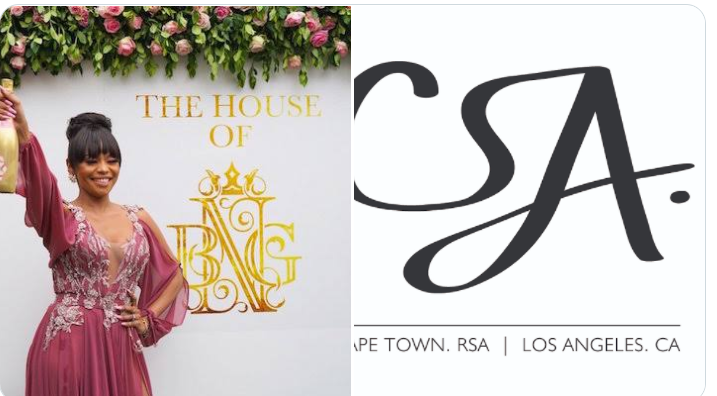 RECAP: For the record Bonang Matheba is currently in breach of multiple contracts with various clients as she has been derelict to these brands and indeed her own for the past six months.

Bonang Matheba is embroiled in a multimillion-rand fight over her sparkling wine brand House of BNG, which her camp claims she was muscled out of by her former agency.

The TV personality, who moved to New York in May, took to Twitter on Wednesday to give her fans a glimpse into her battle with agency and celebrity management group Celebrity Services Africa (CSA)…

Here is the Inside story of why Bonang and her former agency are headed to Court. It’s all about the wine brand, House of BNG and how Bonang was allegedly outsmarted;

CSA Global has allegedly negotiated directly with House of BNG wine-making partners Vino Ventures and has split the partnership between them cutting Bonang Matheba out as a shareholder.

CSA claims Bonang is aware that any intellectual property, trademark or copyright developed by CSA remains their property including House of BNG. Bonang says CSA has acted without her knowledge in certain matters while claiming she brought House of BNG with her when joining CSA

CSA Global also claims Bonang was the only one who made millions of rands in profits out of House of BNG meanwhile CSA is still at a loss after investing millions to make House of BNG a success.

CSA Global says Bonang earns a royalty on the retail price for each unit sold while not exposed to any liability should the business make a loss or required to be capitalized. CSA has also ordered Bonang to relinquish control of the House of BNG account or face consequences. 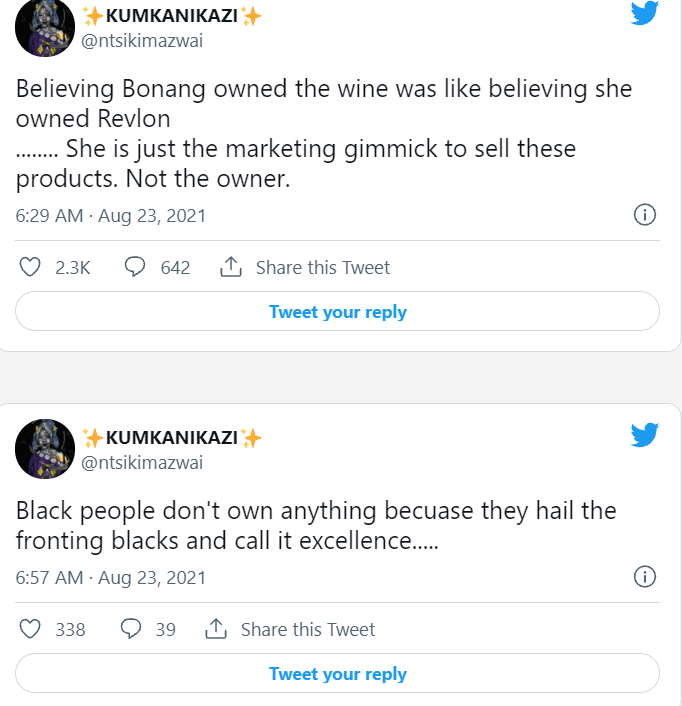 Ntsiki Mazwai  might be right after all. Remember when she took a jab at Bonang Matheba’s alcoholic beverage claiming — once again -that she does not own it.

The controversial poet and activist took to Twitter on Monday lambasting Bonang Matheba’s BNG alcoholic beverage in a series of tweets.

“Believing Bonang owned the wine was like believing she owned Revlon… She is just the marketing gimmick to sell these products. Not the owner.” she wrote.

Let’s see how this ends up! 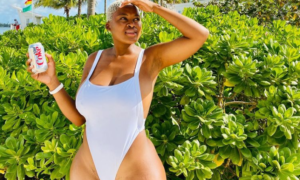