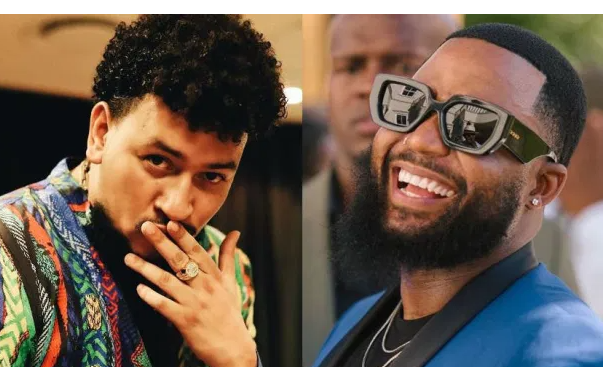 If you need a reminder, the rappers’ long beef took a dramatic turn in March 2020, when AKA challenged Cassper to a boxing match to settle their issues. The Supa Mega is confused as to why the much-anticipated fight between his nemesis Cassper Nyovest is happening so soon.

Cassper recently revealed on Somizi Mhlongo’s Dinner at Somizi’s that he was preparing for the fight by hitting the gym and going on a strict diet closer to the date.

To AKA’s surprise and confusion, he noticed this information from Cassper’s tweet. With some assuming that the boxing match is still going ahead this year.

I open twitter today and see the fight is happening at the Dome in 2020? … someone explain. Please.

I understand people have albums to promote and stuff but confusing the fans is something that I don’t think should be part of the process. As you were. 💜🐺

AKA hits back at Cassper’s claim he is scared to fight him in the ring In Twitter war number “we’ve all lost count at this point” AKA has hit back at claims he’s scared to get into the boxing ring with Cassper Nyovest.

On Monday, Cassper threw shade at AKA when he told a fan the pair would host their boxing match at The Dome just so the other dude would know how it feels to fill up a venue.

First things first, the Mega just wanted to make it clear that he felt that Cass tweeting about the fight was done because he has an album to promote.

“I understand people have albums to promote and stuff but confusing the fans is something that I don’t think should be part of the process.”

Second, the Mega wants y’all to know, there will be no fight happening in 2020!

“If people are really this eager it would have happened by now. Still no signed contract. Nothing. JUST TALK. Come on. F**k outta here. The fight is happening in 2020 but training is starting today? Come on. Let’s get serious here.

“If the fight was going to happen this year there would be a signed contract by now. There is no such thing and the date is September 21st. Use your heads. There is not even a sponsor or a venue confirmed. Seriously”.

Third, the Touch My Blood rapper made sure the people on the streets didn’t think he was chickening away from the fight.

He even tweeted the contract that Cassper is yet to sign …

After giving AKA the space to properly vent, Cassper then replied to the Mega directly, letting him know that his people will call his people so they can finally do the things that will make the fight to be done … in 2021!

Let's get the paperwork done and get a date. I'm very eager tough guy!!! Tlee will be in contact with your people tomorrow!!! Let's get it done!!! https://t.co/ggaX18Mkih