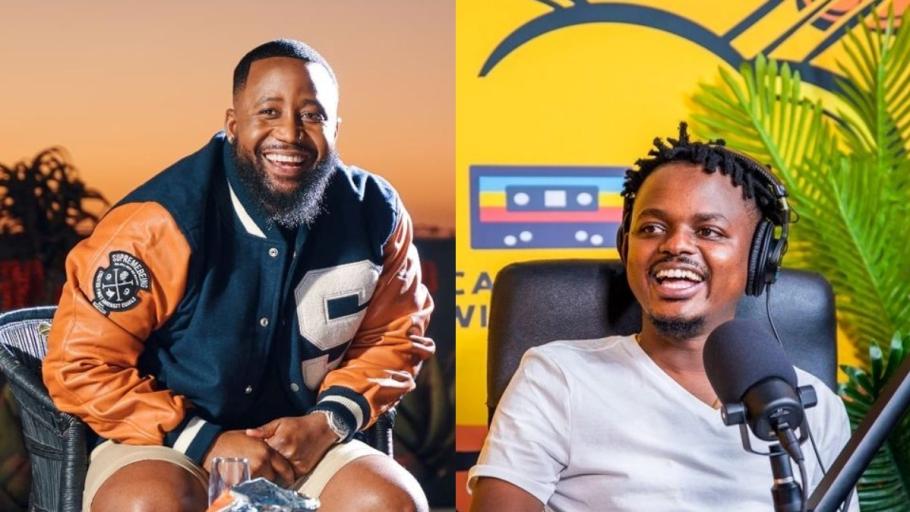 In February this year, Cassper promised fans that he’d appear on MacG’s Podcast n Chill YouTube show should he lose to Naakmusiq. Yes, cassper lost the fight, but has still not appeared on MacG’s show.

Chillers and Cassper Nyovest’s legion of fans were excited to hear what he has to say when he gets interviewed by MacG and Sol Phenduka on Africa’s number one podcast show Podcast and Chill, but it seems Cassper appearing on MacG’s show might not be happening anytime soon.

Controversial Podcaster of Podcaster and Chill MacG takes a big swing at rapper and businessman Cassper Nyovest in his podcast session. MacG who is very unapologetic with his unsavory views has once again made headlines at Cassper Nyovest’s expense.

In the latest session, the Podcast and Chill with MacG team takes a swipe at rapper Cassper Nyovest and has sent social media to a frenzy. While discussing Cassper Nyovest, MacG has dissed and swore at Cassper Nyovest while eluding that his podcast is actually bigger that him.

“MacG says fuck cassper nyovest unapologetically. “As Podcast and Chill we are bigger than him… we had Dame Dash… if we ask him about cassper nyovest he doesn’t even know who he is…”. wrote Moshe Seaneho

MacG says fuck cassper nyovest🚮 unapologetically👏🏽👏🏽 😂😂😂🤣🤣🤣. “As Podcast and Chill we are bigger than him… we had Dame Dash… if we ask him about cassper nyovest he doesn’t even know who he is…”.#PodcastAndChill #podcastandchillwithmacg @casspernyovest pic.twitter.com/FZVNgHkUrU

When asked by one of his podcaster, why is he spewing so much hate and vulgar language on Cassper Nyovest’s name. MacG did not mince his words by eluding that Cassper Nyovest is more on the conceited side as a person more than everything else.

“My opinion is f**k Cassper. I don’t want to talk about that n***a that n***a doesn’t f**c with us and we’re international. Dam Dash doen’t know who the f**c Cassper is and he knows us, we’re not even hip hop. Honestly, we give this guy too much airtime and he doesn’t f**k with us” says MacG