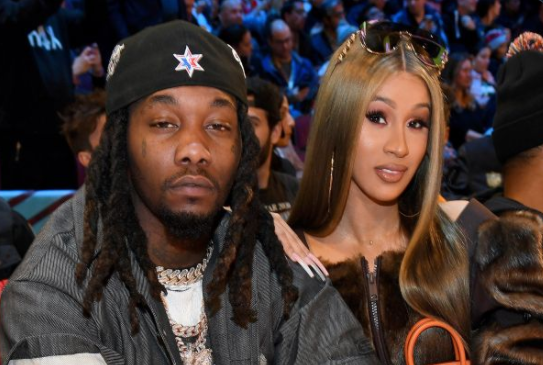 Cardi B has filed for divorce from her husband, ‘Migos’ rapper Offset. According to legal records in Fulton County Superior Court, Cardi B (real name: Belcalis Marlenis Almánzar) filed for dissolution of marriage asking the court to end her marriage.

According to Hollywood Unlocked, who broke the story, Georgia court officers confirmed the filing which is filed against her husband Offset (real name: Kiari Cephus).

The “WAP” rapper, 27, filed for divorce at an Atlanta courthouse on Tuesday, saying the marriage is “irretrievably broken” and “there are no prospects for a reconciliation,” reportedly after finding out the Migos rapper, 28, had been unfaithful yet again, PEOPLE confirms. The pair, who share 2-year-old daughter Kulture Kiari, are due in court Nov. 4.

Cardi B previously announced her decision to divorce Offset but changed her mind after Offset made a very public apology at one of her biggest public festival performances.

“All of my wrongs have been made public, I figure it’s only right that my apologies are made public too,” Offset said at the time. 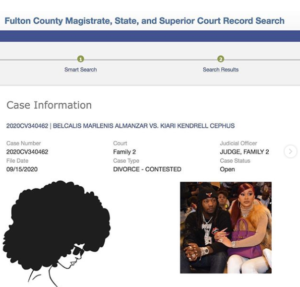 It appears the issues between the couple were too much to get beyond because the ‘Bodak Yellow’ rapper is now asking a judge to formally end their marriage. Cardi really finna divorce Offset cuz he cheated?

Cardi and Offset’s split follows previous accusations of Offset’s infidelity. In January 2018, Cardi (née Belcalis Marlenis Almanzar) outwardly confirmed Offset (né Kiari Kendrell Cephus) was at the center of a sex tape cheating scandal after rumors of a video and alleged liaison with another woman surfaced in December 2017, three months after the couple had secretly tied the knot.

“No, it’s not right for a [n—] to cheat…But what you want me to do?” Cardi wrote in a tweet at the time. “Go f— me another n—? Start all over again and get cheated on again? This s— happens to everyone and I be too, you too…People handle they relationship different soo.”