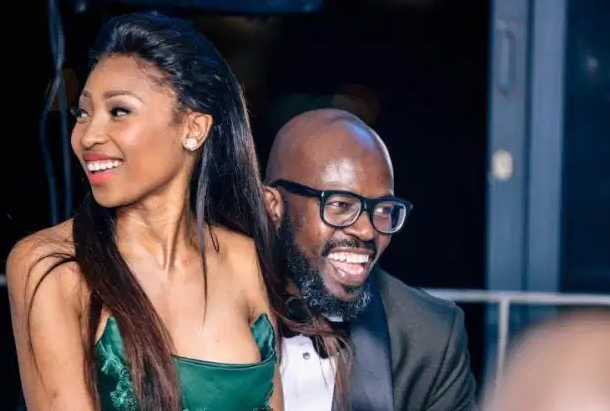 Black Coffee, real name Nkosinathi Maphumulo has denied the allegations made against him by ex-wife Mbalenhle Mlotshwa, claiming that he did not assault her.

The saga between Enhle Mbali Mlotshwa and her estranged husband, Nkosinathi “Black Coffee” Maphumulo, is not over as they continue fighting publicly.

Enhle accused Black Coffee of allegedly assaulting her at her 33rd birthday dinner at their home.

“She confirmed that he had hit her hand and pushed her after threatening to shut her birthday celebration down by calling the police.

Mbali applied for a restraining order against DJ Black Coffee in the Randburg Magistrate’s Court on Monday. Activists were seen outside court showing their support for the actress with banners displaying #JusticeForEnhle, #HandsoffEnhle and “Am I Next?”.

“It is my duty as a woman to not only fight for myself but for every single woman in South Africa. The time is now.” Enhle said. 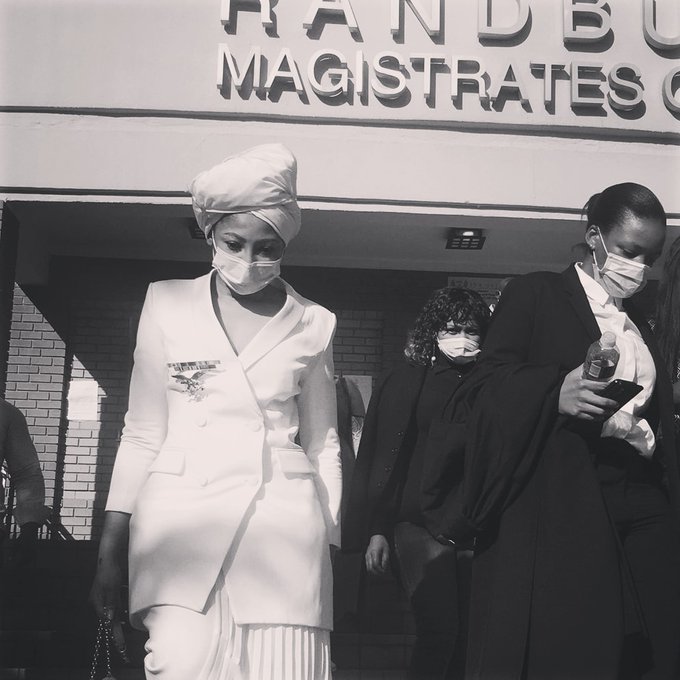 Black Coffee, however, has denied these claims saying Enhle Mbali is bent at separating him from his children.

Black Coffee says he has been battling depression caused by the current divorce revealing he has been in and out of therapy for the past three years. 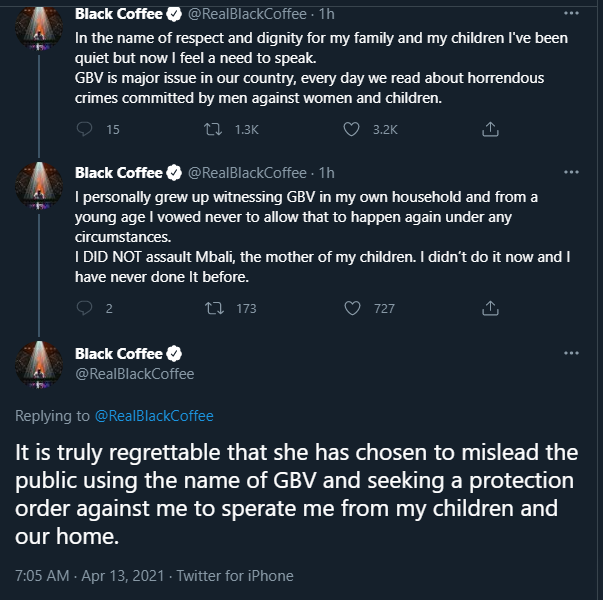 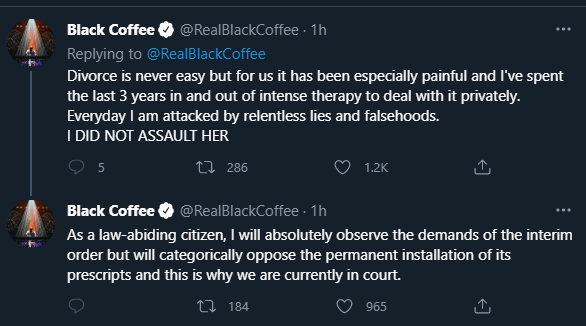 Well, the back-and-forth between Black Coffee and Enhle Mbali continue…