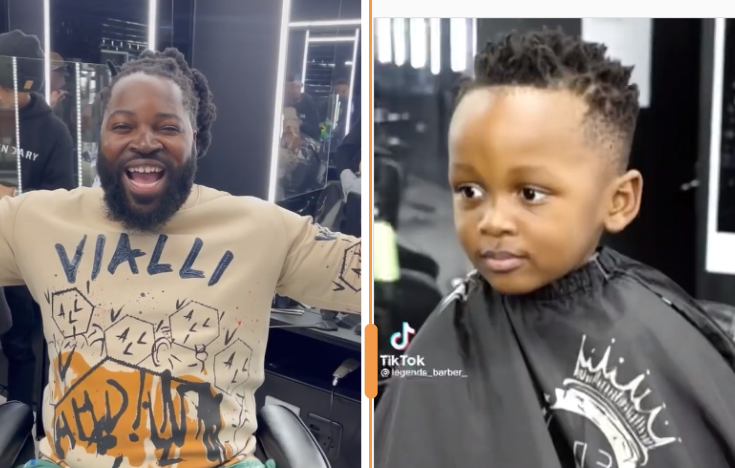 Big Zulu and his son got people in their feelings after the musician shared a Tik Tok video of himself with his child on Instagram.

In other to promote the song, he kicked off a “father and son” challenge which he did with his son and his followers gushed over it. Children are a gift from the Almighty. Some say a man without kids or a wife is like a guitar without strings. No matter how rich or powerful you may be as a man, you must know that you need some children in your life. Seems like Big Zulu is one of those blessed men when it comes to kids.

In the video, the son expressed excitement having a haircut with his dad in a saloon.

Big Zulu is not only a musician, but he is also a father to his two children, whom he had with different women. His firstborn child is a boy, Bulie’s son Shaka. In his current relationship with Makenete Lebogang, he has a daughter.