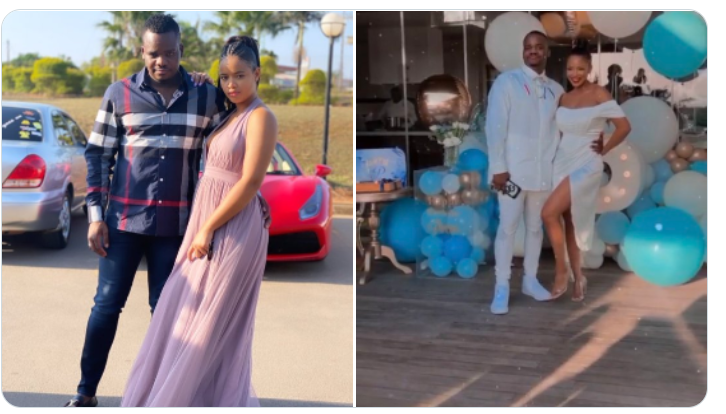 Ayanda Thabethe is rumored to be in a relationship with a married businessman named Peter Matsimbe.

Peter is also said to be the father of the child she welcomed in April 2022. Twitter gossiper famously known as Musa shared photos of the TV personality with the alleged baby daddy.

“Besides Peter dating everybody he is married to Shannen Thring and they have two children together. It is said Shannen moved out of their marital home after Ayanda gave birth,” Musa wrote. 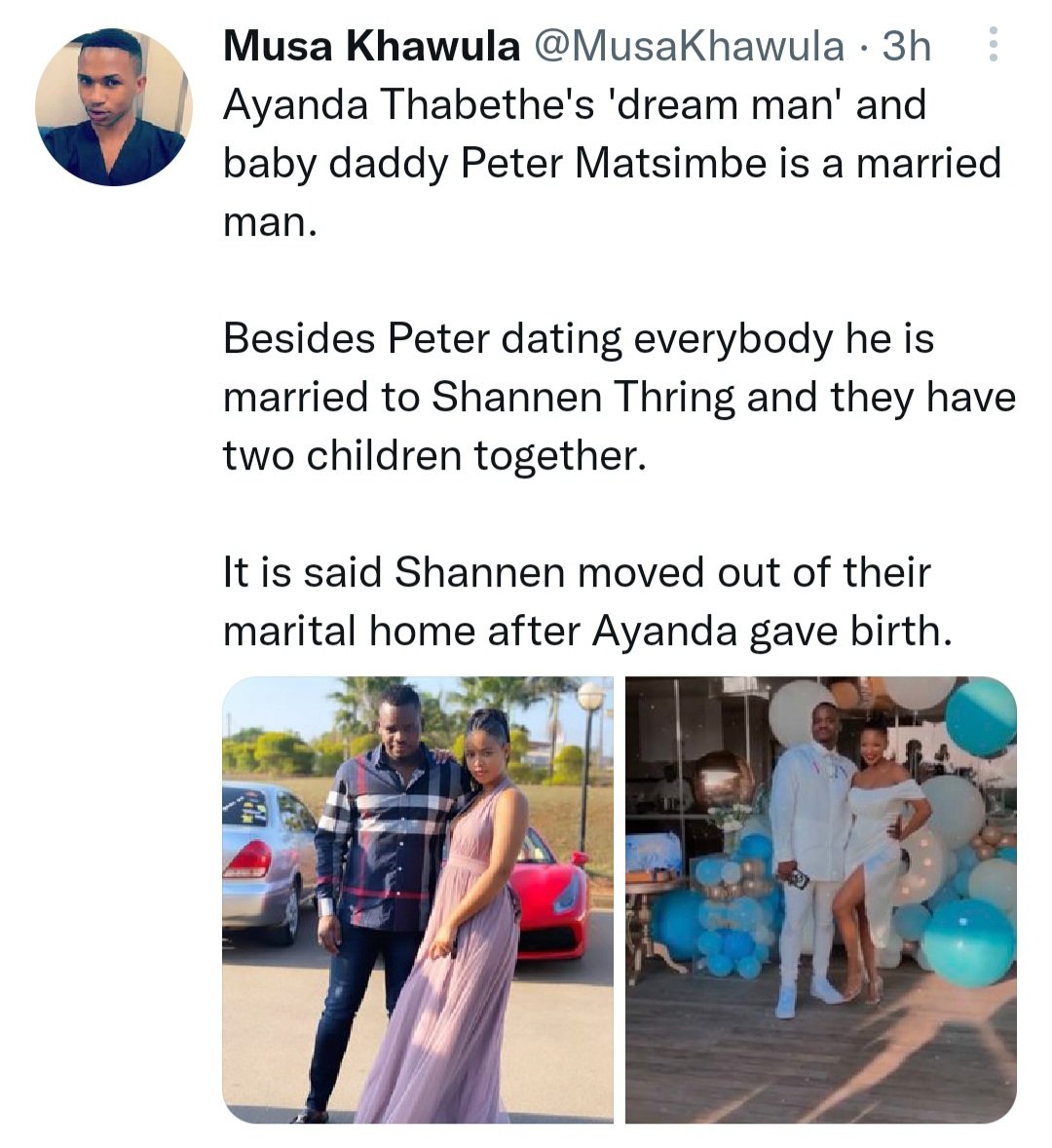 The rumor has gone viral and Ayanda has become a major topic of discussion on Twitter. 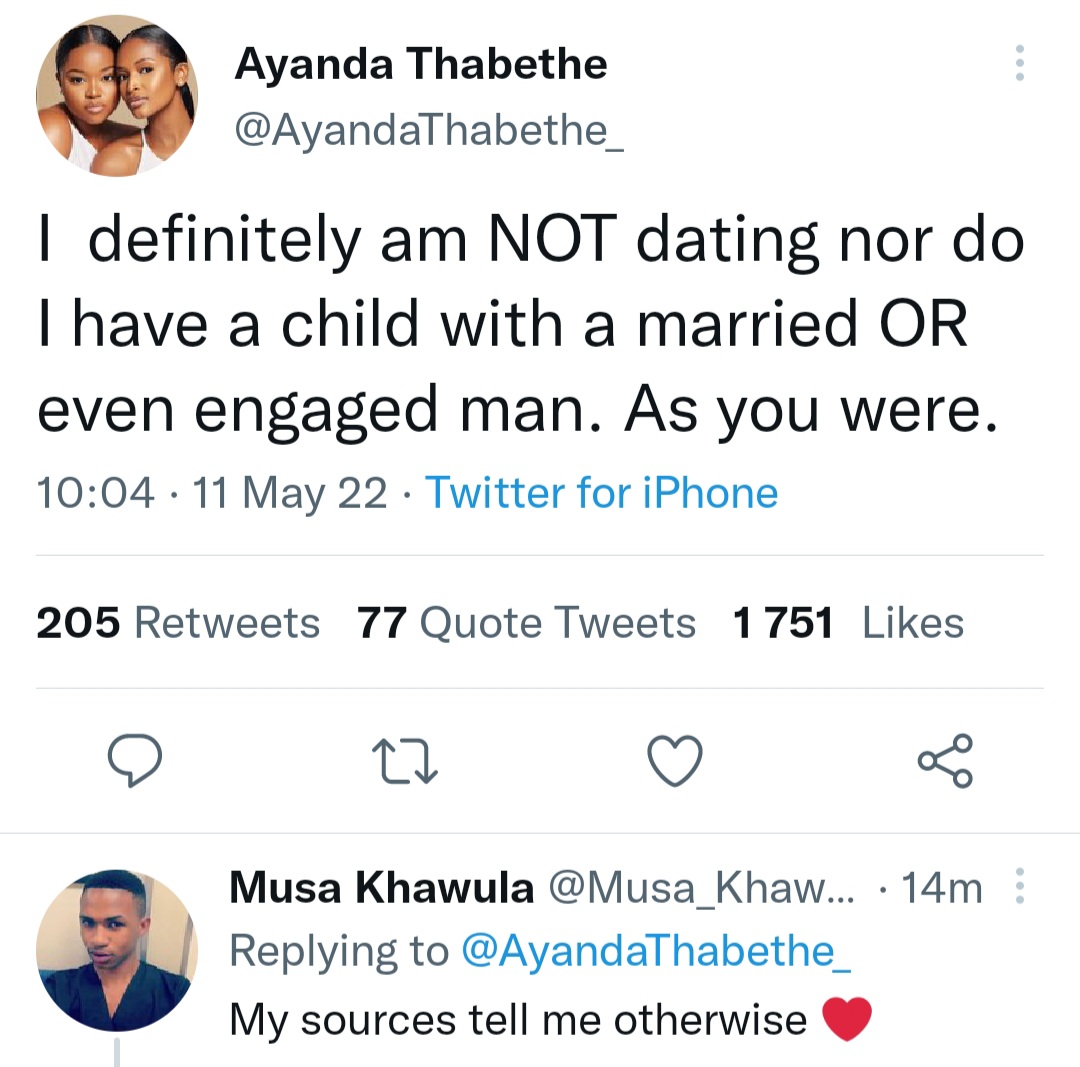 Tlof Tlof during pregnancy is good for mother and baby; Check out 5 reasons why you need to have S*x When Pregnant Till delivery!