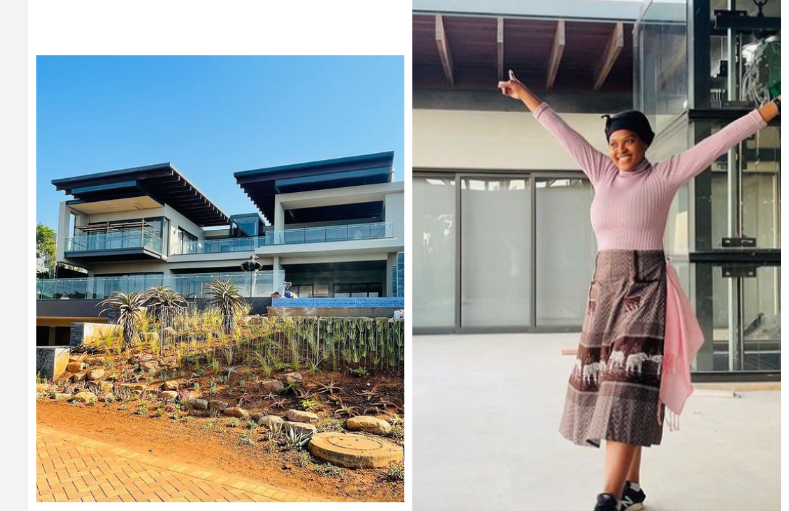 Actress Asavela Mngqithi shared stunning photos of her marital home. Most people know her for the role she played of Ntwenhle on Isibaya. Over the past few months, she has been sharing small glimpses of her construction project.

Finally, the home is complete, and it looks majestic. The house has an elevator, pools and glass balconies.

Asavela’s home has a total of three floors. In her caption, she noted that she could fully say she and her husband have built a home for themselves.

In April this year, Asavela called herself a whole wife. She told her social media followers that her family had been united with her husband’s family. With these words, she solidified everything with pictures of herself wearing traditional bridal wear. She has never posted images of her husband, and we do not know who he is.

Revealing that she was only supposed to be on the show for 6 months, the actress thanked the production for believing in her ability to play the role for almost four years and she has learned so much in the process.

She took to her IG page and wrote,

What was supposed to be 6 months on @isibayamzansi turned into almost 4 years of fun and learning. I still can’t believe I made my TV debut on ISIBAYA ?

It would’ve never been possible without you @bongani__gumede playing your daughter has healed me in more ways than one and that is something I will forever cherish. Thank you @bomb_productions @mzansimagic @isibayamzansi for trusting and believing in me❤️