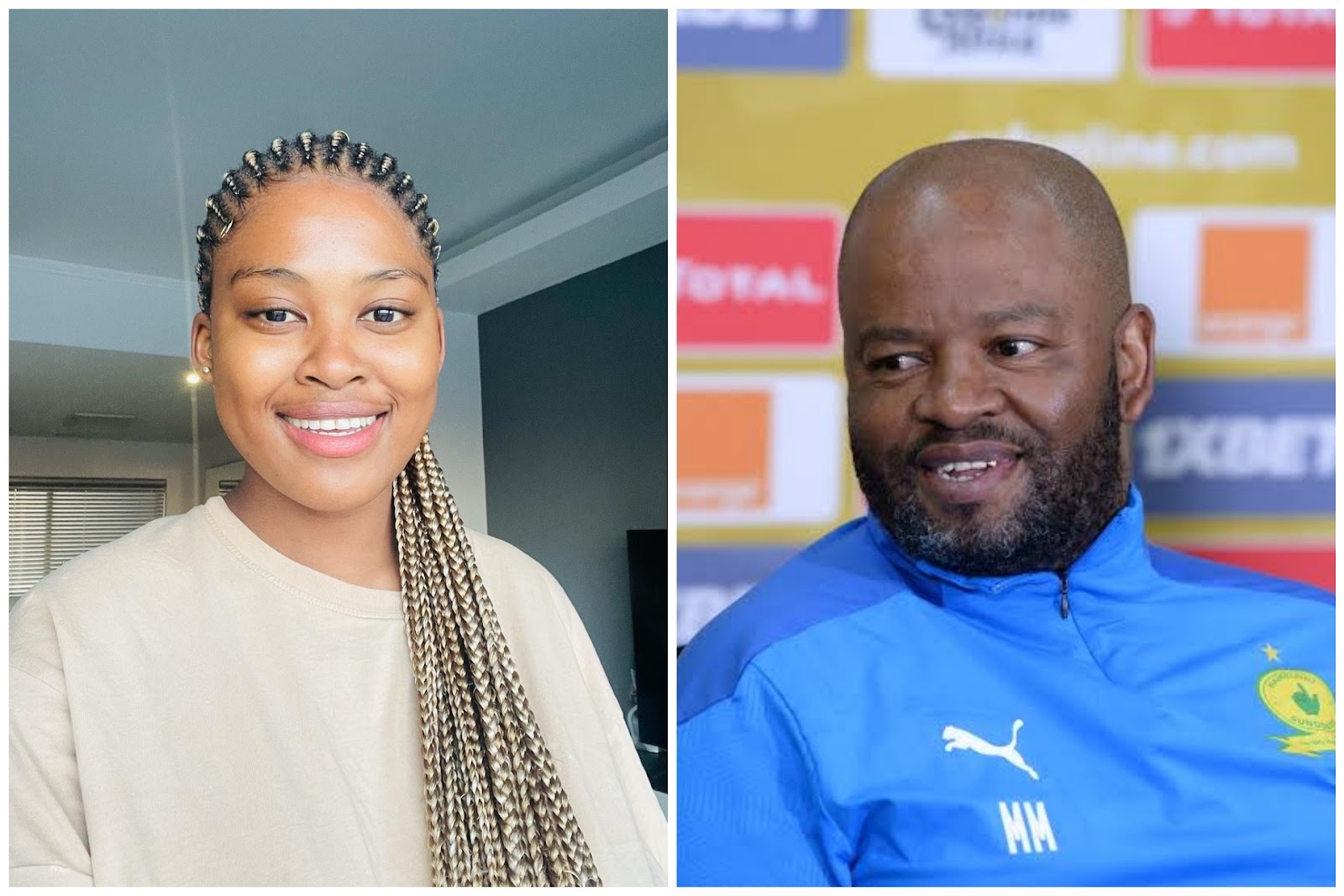 The Mamelodi Sundowns coach has finally responded to his daughter’s claims of him being a dead beat. He told Daily Sun that he does not wish to air his dirty laundry to the public and that he wants to protect Asavela Mngqithi.

“I don’t want to air my dirty laundry in the public. I want to protect my daughter but at this point in time I must clear the air. I’m aware of Asavela’s claims and there is no truth to them,” he said in response.

“Asavela is my first daughter but from a previous relationship. I was about to start working when her mother fell pregnant. From day one, I took care of Asavela and I paid damages to her family which is why she used my surname,” he told the publication.

He said he lived with her when she was a teenager and paid for her fees.

“When she was 14 she was living with me. I paid for her school fees from Primary until tertiary,” he said adding that he has proof of this. But Asavela said she could not finish her studies due to fees owed.

Manqoba said problems between them began when Asavela started working and standing on her own two feet. He even said he does not know who took her lobola because traditionally the father is involved in the negotiations.

Former Isibaya actress Asavela Mngqithi-Mqokiyana has called out her father, Manqoba Mngqithi, who is the head coach of Mamelodi Sundowns for being a deadbeat dad.

Sultry South African actress and model, Asavela Mngqithi comes from a family of high achievers. Asavela, who is best known for her role as Ntwenhle and Amogelang in the television serials Isibaya and Abomama, is the daughter of Mamelodi Sundowns Coach, Manqoba Mngqithi. 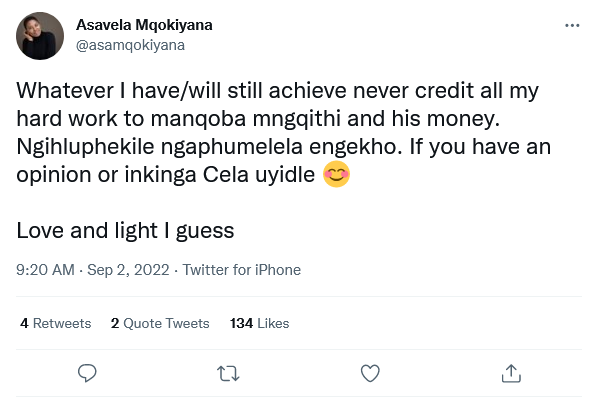 “Whatever I have/will still achieve never credit all my hard work to manqoba mngqithi and his money. Ngihluphekile ngaphumelela engekho. If you have an opinion or inkinga Cela uyidle,” Asavela said.

Photos: Isibaya actress, Asavela Mngqithi Announces She has Married in a Simple Wedding; Here’s What she Said & Check the Photos out