From surprise weddings to secret pregnancies celebrities have managed to keep their love lives private by avoiding social media.

And if you want to ensure privacy, stay off social media.

Right now, Tweeps are curious about the status quo of AKA’s relationship with his 21-year old girlfriend, Nelli Tembe.

Taking to social media on Monday, the “All Eyes On Me” hitmaker shared a post what looks like an engagement ring on Tembe’s finger.

Check the Photo Out; 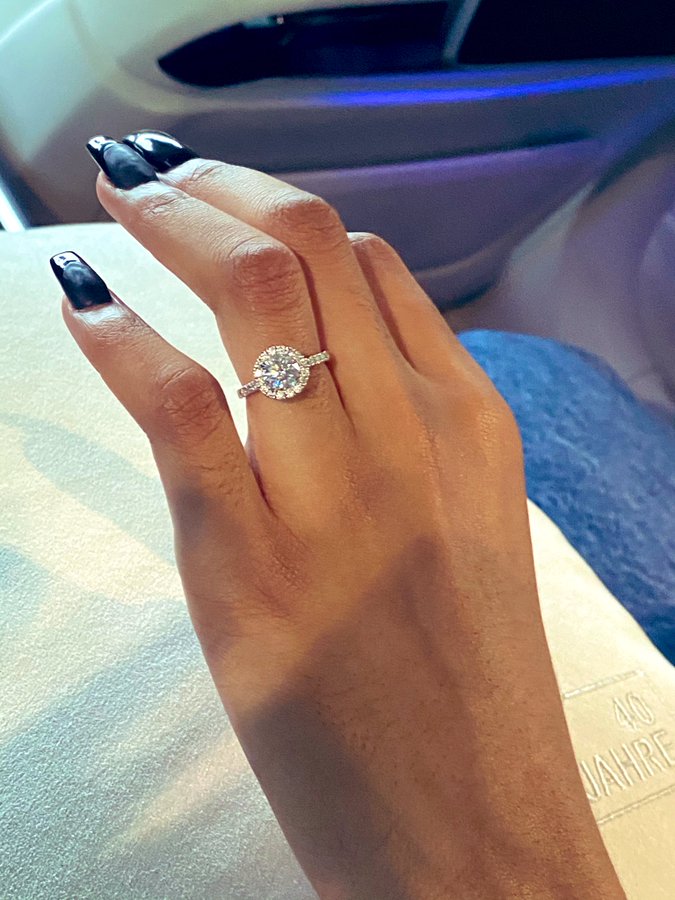 Is this her engagement ring? That’s what many people are asking!

In May 2020, following rumours of the rapper’s new love interest, AKA told his fans that, for the first time in more than a decade, he is enjoying every moment of dating a woman who isn’t a celebrity, making it clear that his girlfriend is incredibly private.

The rapper made the announcement during an engagement with his fans on Twitter as his fans were keen to know if his girlfriend would make an appearance in the music video for “Cross My Heart”.

AKA Shares Photos of Himself together with bae Nelli Tembe, Says Everything Is Still Good Between Them; Check Them Out