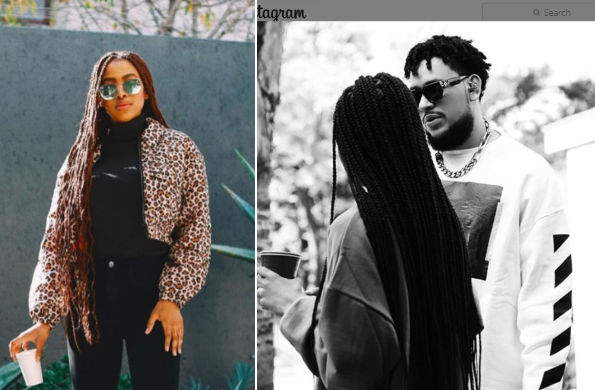 City Press reports that the rapper AKA, and his bae, Nelli Tembe got into a heated argument over cheating accusations in his Bryanston home on Friday morning. The argument was out of control to the point that they had to be escorted to the police station.

The policemen on the scene say they found the two going at it with Nelli eventually claiming she was tired of him and was moving out.

It is said they ended up at Randburg Police Station where the proceeded to try and lay criminal charges against each other. Nelli claims he man handled her and he says she slapped him.

Upon arriving at the police station the two went on to open criminal cases against each. Nelly said that the rapper had manhandled her while AKA argued that he acted out of self-defence after she slapped him.

“They both threatened to lay charges against each other, but in the end, they didn’t. They even called their respective lawyers who became mediators before leaving with their respective clients, After a long discussion and the realisation that they are not opening cases against each other, the two were told to go. But emotions were still running high. Nelly, who had left the house with all her bags, got into her lawyer’s car and left,”

The rapper doesn’t look anything happened he did his gigs this weekend and went about tweeting as usual.

Here Are Photos of Rhythm City Actor, James Bartlett aka David Genaro Together With His Current Wife in Real Life ; Check Them Out