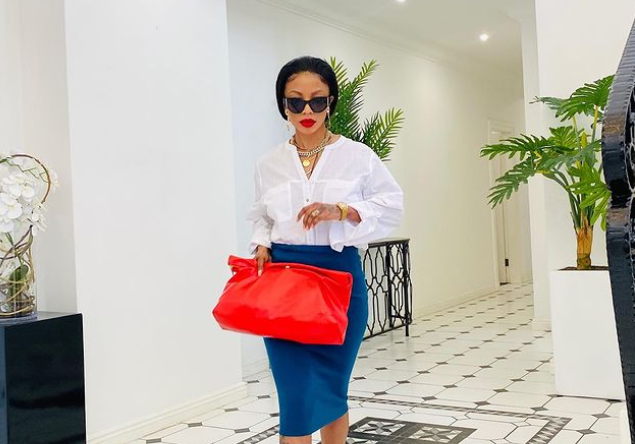 A distasteful video of primary school kids singing a damning song about South African singer, Kelly Khumalo is raising eyebrows on social media. The video was taken inside a classroom, and was seemingly filmed by an educator, which further exacerbated the response the video received.

People find it shocking that a teacher could allow and teach children to sing such an offensive song.

I’m not sure whether to laugh or cry 😅😭

Presently, many believe that Kelly Khumalo is somehow covering up the tracks of someone who was involved in the murder of her boyfriend Senzo Meyiwa. The pair share a daughter together who was in the home the night he died.

So far, the late goalkeeper was fatally shot in the singer’s mother’s Vosloorus home. However, the murderer was never found and therefore not convicted.  The trial has commenced but will resume in September as Advocate Teffo withdrew from the trial. The Empini hitmaker slammed Advocate Teffo and expressed that she thinks he is desperate for attention.

“This is very disturbing. Extremely disturbing. There’s so many scenarios that South Africa has had. How desperate can one be to try and put me in jail for something that I did not do? My thing is that, that Advocate is desperate for attention,” she said.

“And he knows that everytime he mentions my name, he trends. Everytime he gets up ‘my lord, Kelly Khumalo’. Argue. Make your submissions. We are here to find out the truth about what happened to my daughter’s father,” she continued.