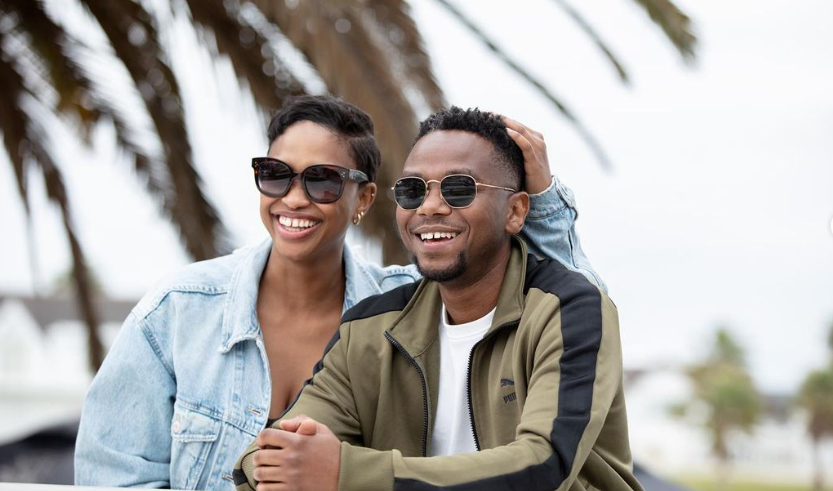 Zola Nombona is on cloud nine with her bae Thomas Gumede, and in a tweet replying to her baby daddy she revealed just how proud she is off him.

Actress Zola Nombona is one of Mzansi’s celebs who prefer to keep their private lives separate from their lives in the public eye. The actress revealed that she is officially off the market in an interview on Kaya FM with Dineo Ranaka and Sol Phenduka and it took many by surprise.

When Dineo asked her how is “married life,” she said it has its own ups and downs. The couple shares a one-year-old son together- Cebelihle, and they are madly in love with each other.

“Yhu… it’s up and down chomi… It’s four seasons in a day,” she remarked before adding, “It’s great, it’s great. I absolutely love Thomas and he’s an amazing partner and an amazing dad.”

Zola is constantly booked and busy with gigs and her acting career is demanding. Speaking about her husband’s busy schedule she said she had learned to support his aspirations no matter how hard it is.

“Lately it has escalated and I have learned to support him. It’s not easy because I and he are in the same industry so there are conversations that we have and I am like yoh! what about me? When are you plugging me? However, I understand that success or being busy is a circle thing, and had my chance maybe I am just chilling in the waiting room now but by being patient while I am there I know that my time is going to come,” she said.

“Right now I think one thing that he does not need is a supporting partner at home because the whole world is demanding a lot from him. There is everyone who wants to work with him or call him to plug him somewhere. I believe that the last thing he needs is a nagging partner at home,” she said.

Again, The latest parents, Zola Nombona and her baby daddy Thomas Gumede, are madly in love making the parenthood journey so smooth.

The two TV stars welcomed their baby boy, Celebelihle in June this year and he is growing very fast. Thomas and Zola managed to keep their relationship a secret until the late stages of their pregnancy.