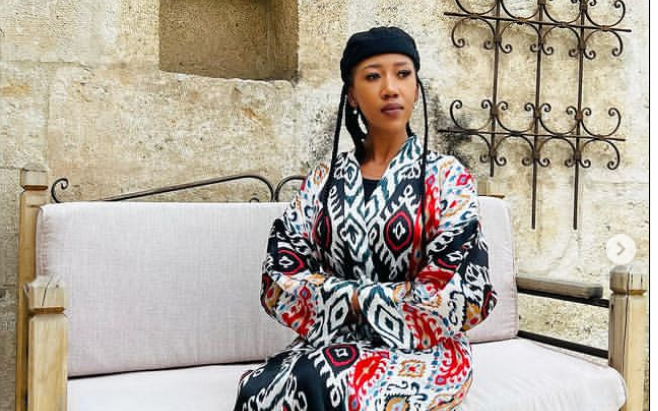 With just a little over a year being with the Etv’s favorite telenovela Scandal!, award winning actress Sihle Ndaba bids farewell to the show.

Yes, Talented actress Sihle Ndaba, who played the character of Dudu Kubeka has bowed out of e.tv’s soapie, Scandal!.

The Scandal! actress Sihle Ndaba took to her Instagram after Wednesday (23 November) night’s episode and announced she has left the soapie as Dudu Kubeka.

“And it’s an official wrap for Duduzile Kubeka. Thank you so much for watching, it’s been real,” she wrote.

Ndaba’s character while playing a lesbian was one of the iconic roles, especially during a time where education around gender and sexual orientation is at its peak. Viewers fell in love with her character because it was very laid back yet relatable.

In the show, Dudu left both her ex-girlfriend Lera and fiancée Bridget hanging for a job offer in France.

She’d promised her fiancee and her kids that they would fly to France together and start a new life together but didn’t show up and dumped her by sending her a text message.

Her role as the businesswoman, who held a very high position in the family company was breaking boundaries and stereotypes, from the usual lesbian roles on television. The viewers were just as astonished by the fair and equal representation of the Queer community.

Although Ndaba is not gay in real life but she once mentioned that this role was challenging yet educational as well for her. She really had to dig deep within her artistry in order for her to offer her fans and viewers a character that was researched and fully-fledged.

Actress Sihle Ndaba Shares 10 Beautiful Vacation Photos Together With Her Man; Check them out all-cozy