Veteran actress Lindiwe Ndlovu has died at the age of 45, her longtime agent, Lynne Higgins of Gaenor Artiste Management, confirmed to TshisaLIVE on Monday evening, January, 11.

Lynne said that Lindiwe died in her sleep on the morning of January 11 due to health complications, but would not be drawn into speculation that her death was related to Covid.

“It’s been a very difficult day. She passed this morning. She had medical issues, high blood pressure and so on. She apparently had trouble breathing and passed away in her sleep. I do not know if her death was related to Covid,” she said.

According to both Higgins and Ngwalase the actor died in her sleep this morning.

“She died this morning and I thought she was sleeping. I frantically called the ambulance.  She started getting sick in the morning around 3:30am,” Ngwalase said. 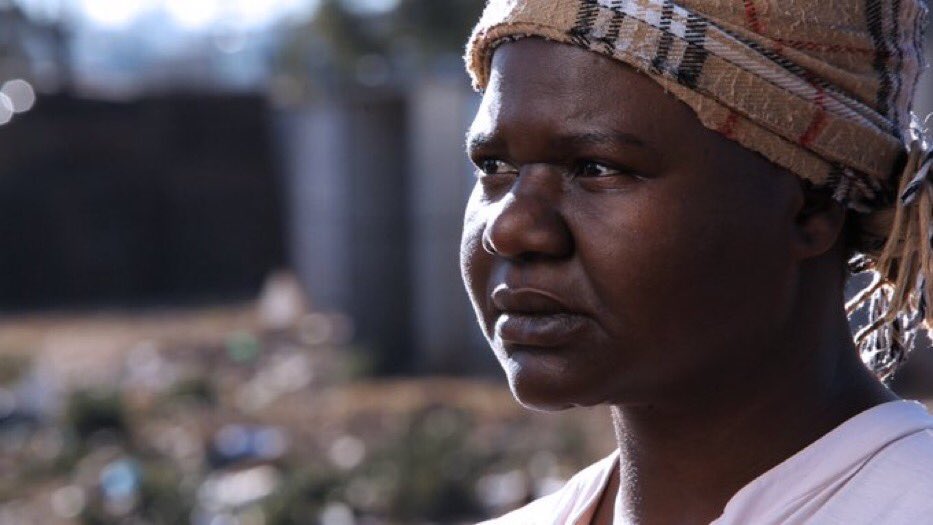 She had just celebrated her 44 birthday on Friday.

“It is with heavy hearts and unimaginable sadness that we bring you the news of Lindiwe Thembekani Ndlovu’s passing in her home this morning 11th January,” Higgins said in a statement.

“Her bright, large burning light has gone out and we are devastated to bring you this sad news.

“To us Lindiwe was family but to many she was so much more.  An unsung incredible actress who will leave a huge space in the creative world of acting.  Her incredible passion, deep respect for her craft and unrivalled commitment to her career evident in every project she took on.

“Her career has been long and full of industry accolades and performances. By far her greatest achievement was receiving her SAFTA Award, which was presented to her by the incredible American actor Samuel L Jackson, which she received for Best Actress in a Feature film. 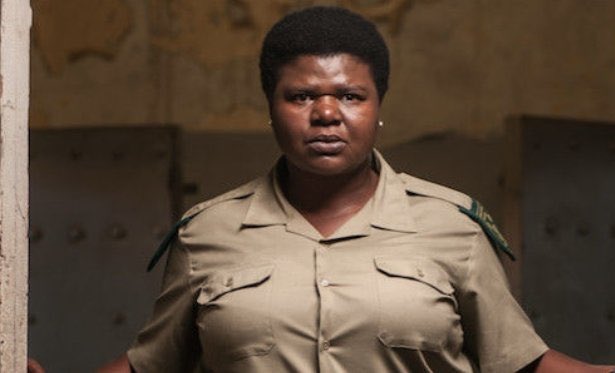 “Lindiwe’s love for the stage is reflected in the many productions she gave her heart and soul to.  A large number of them being performed at the Market Theatre, to which she had strong ties with her entire career, even spending her younger days completing two years of studies there.

“From a TV and film production aspect, there are too many of her roles to mention, each of them giving herself into the character and process heart and soul.

“What we will remember most is her love and unwavering dedication to her friends and family. She had a larger than life presence that was undeniably infectious to those who loved her.” 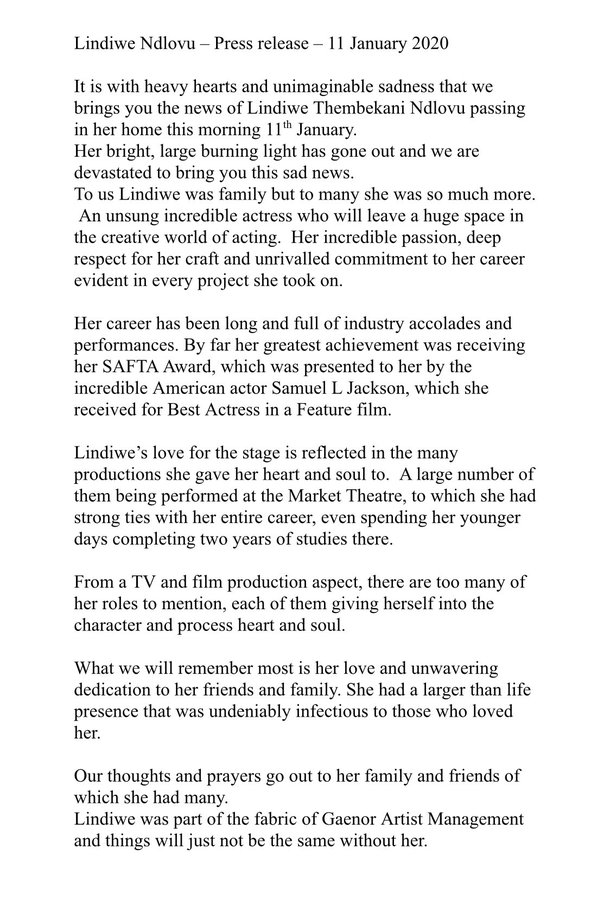