2020 is the year that everyone was stuck at home because of the pandemic, which gave way for some family planning and lets just say a number of celebrities definitely surprised us with their “bun in the oven” announcements.

Minnie Dlamini, Idols SA Star Phindy Dube, Actress and singer Simphiwe ‘Simz’ Ngema , Pearl Modiadie, and may more are pregnant. Go through the pages for more of your Favourite SA celebs who are pregnant.

Here are some of the celebrity pregnancy revelations that shook up our TL’s during the South African National lockdown.

ACTRESS MANAKA RANAKA POSTED PICTURES ON A FAMILY MEMBERS INSTAGRAM PAGE THAT SHOWED THAT THE STAR MIGHT BE PREGNANT. MAN HAS BEEN GIVING US CLUES BUT WITHOUT REALLY REVEALING OR CONFIRMING ANYTHING AS WELL. 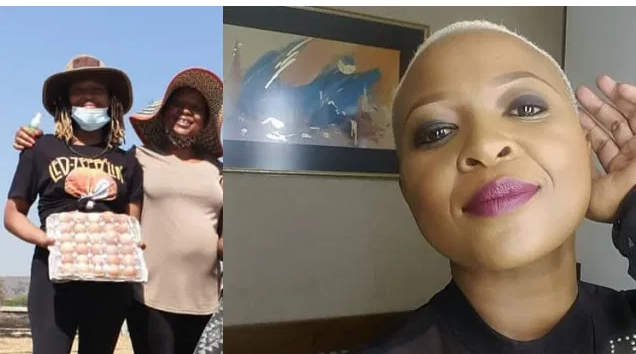 The Queen actress Zenande Mfenyana is pregnant and is expecting twins. The star shared the exciting news with a beautiful snap showing off her baby bump on Mother’s Day. Zenande’s announcement set the internet abuzz as it confirmed what many The Queen viewers have been suspecting.

South African media personality, Kim Kholiwe, is pregnant with her first child! The Have Faith star surprised fans with the announcement on Tuesday, 27 October 2020, after the trailer of Have Faith season two dropped, which showed her visibly pregnant.

She captioned it with, “You never understand life until it grows inside you”.

The list continues; Go to the Next Page for more photos of your favourite Mzansi Celebs who got pregnant in 2020; Click Next for more;